So a bit of an update for those of you who have interest in such.

November 2015–it can now be said–was the single biggest change in the wild life that my time in media has seen. My schedule, time with family, attention to business, ability to even think or take time to go for a walk have all been put into a blender and had the “liquify” button pushed. But on the other side of this historic month, I am starting to get my sea legs, and it couldn’t have happened at a better time.

The most immediate change was the moving up of “Late Night with Kevin McCullough” in New York on AM 970 The Answer. On November 5th we launched “After Hours with Kevin McCullough” on AM 970 The Answer. Advertisers, listeners, staff, and I were all thrilled at the move, but it created pain for the family, and the program lineup juggle was tricky to navigate through. Whereas prior to the changes we had been tape delayed for three of the five hours between 5-10pm, AM 970 is now 100% LIVE and able to take your calls from an incredibly astounding 6am-11pmEST every day. 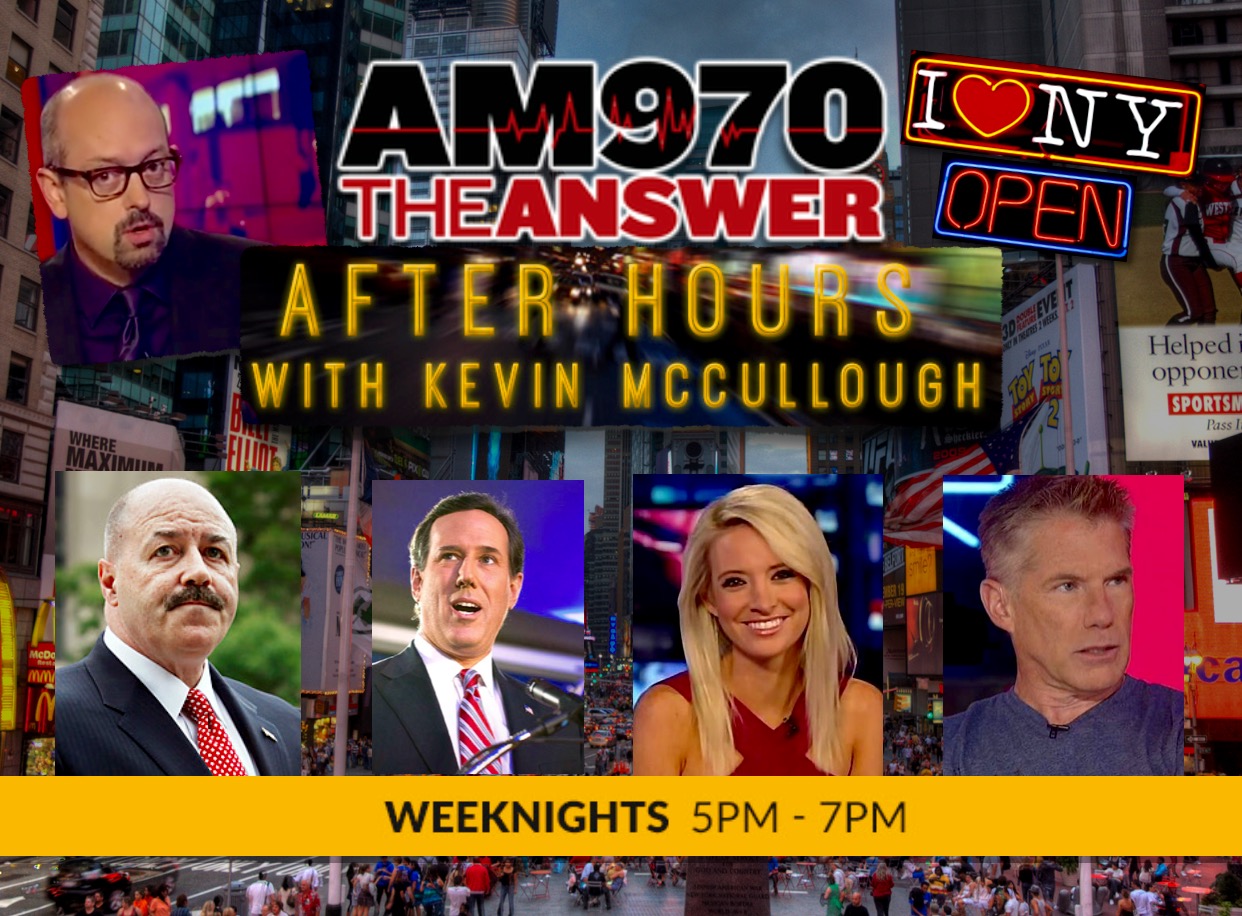 An astounding line-up and a quick pace. Join Us Daily.
http://am970TheAnswer.com

So how did the move into the “NewsTalk” Universe affect everything else? 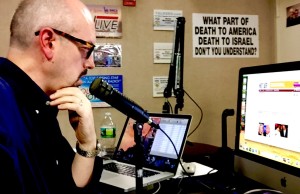 Well on AM 570 The Mission I’m still heard weekdays at 3pm. The focus of that show is to reach an exclusively church focused audience giving them the Biblical perspective on the news of the day that help them contextualize the meaning of the events they are living through–but doing so from a primarily Biblical world view.

The Kevin McCullough Show (nationally daily syndicated) is in as high a demand as ever, releasing daily at 4pm EST, and covering for a national audience the biggest stories of each day. The biggest markets – Los Angeles, Phoenix, DC, and Atlanta release at 5pm EST. The CRN radio network also picked up the daily release on their 200+ affiliates, airing twice daily.

The “News That Makes You Think” was added as the news service for the new faith based channel at the CRN radio network (200+ affiliate cities, and up to 4 additional releases per day.)

Baldwin/McCullough *LIVE* — still the oldest of the syndicated work I do, now in it’s eighth full year of production added five new television markets with our TV partner “BizTV,” it was picked up by the CRN radio network, and as of December 5, will add the number 23 radio market of Portland, Oregon on the Salem Media Group station there–AM 1640 KDZR–a flame thrower that hits much of Oregon and much of southern Washington.

Digital Listenership has also become a high priority for us. Given that every station we are on (for the overwhelming most part) has begun to use digital streaming, given that we are now podcasting every episode of every show, and given that TuneIn, IHeartMedia, iTunes.com, ChristianRadio.com, ConservativeRadio.com, GCNLive.com, all have track of 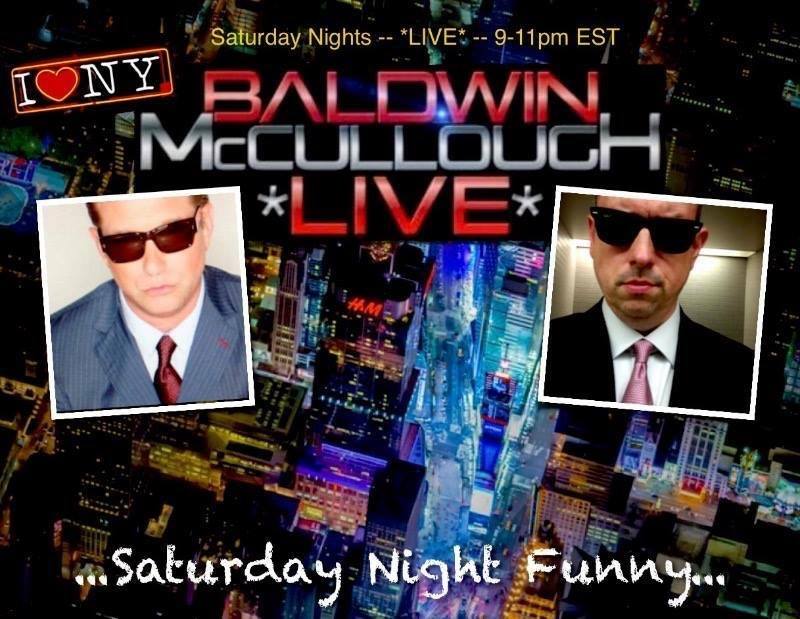 separate streams it is nearly impossible to know exact numbers on who is where. But that’s not to say that we aren’t able to track some, and what we have uncovered is just humbling. On my two primary stations in New York alone, we fluctuate between 200-300k streams per station per week–this includes all doorways into the station–apps, websites, and the aggregators. On the CRN network they report 750k-1,000,000 streams per month. Obviously those numbers are network/station-wide so our portions of them are much smaller–but consider this–the Iowa Caucus for President in January will be decided by less than 60,000 voters. Our podcast archives are seeing dramatic growth. Since the launch of our SoundCloud page we’ve seen an increase year over year since the first month of 5000%. More than 35,000 individual users have or are using the archives at any given time. And our podcasts have been promoted on more than 1400 different web-page urls, and more than 300 individual listening apps. (And none of that includes any numbers for iTunes which Apple does not release.) This also doesn’t account for any viewership live via our television partner “BizTV’s” digital delivery, nor any of our numbers of online viewing each Saturday Night via UStream.

TheBingeThinker.com – The online home of all things written editorial from me went live only a little more than a week ago. Over 1000 shares across only a handful of original posts indicates to me that while this is one of the smaller portals presently, it has great potential for me to put a landing spot down in the wordy interwebs and attempt to bring the fight for clarity there as well.

FoxNews — Many have noticed, and a few have asked, “Are you a regular contributor on the FNC now?” To be very clear about 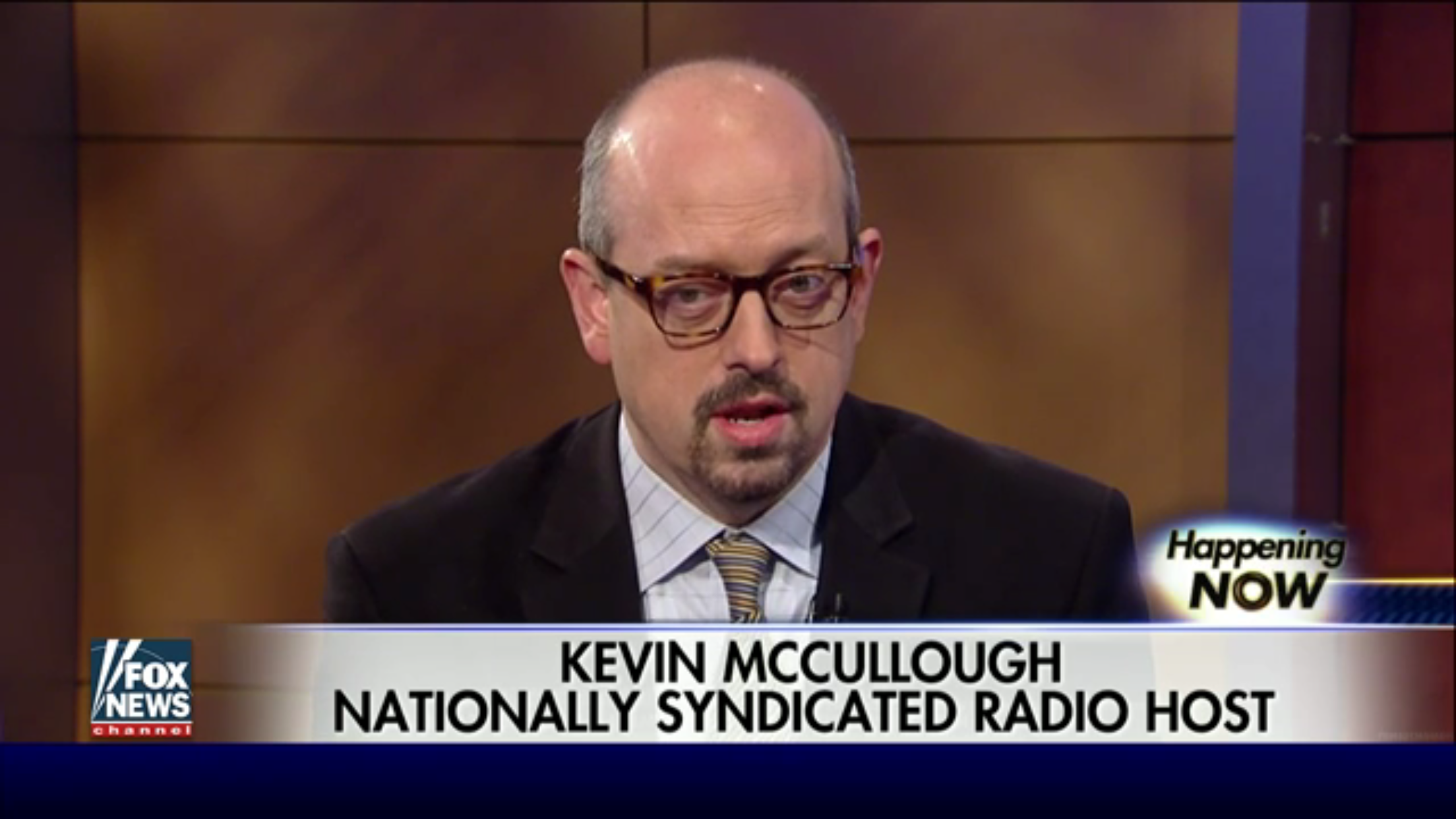 the exact parameters of everything: “contributor” is a very tricky word in the hallowed halls at Fox. And though I am now a weekly guest/commentator on the News Channel, I am not yet an official contributor. My name came up in the conversation of those who make those decisions, and we prepared the materials needed for the application process. I will keep you posted as no one would love to be a contributor at the most watched news channel than yours truly. None the less if you perceive that I have been contributing a great deal of commentary to FoxNews mostly on America’s Newsroom weekday mornings, you would be correct. Usually Wednesdays or Thursdays you will find me cheerfully disagreeing with a bevy of center lefties (most of whom are female) and attempting to get clarity mixed into the equation at every turn.

Final Tally — For now, and we know this number will move soon, but with the new networks, stations, digital users, podcast downloads, and the limited metrics we can see, we are confidant that we have never reached as many people as we are now. Unique radio outlets now being reached number 660+, daily affiliate releases of any single piece of content we produce 1500+, digital universe total reach .5-1 million per month, television affiliate households reach 40 million households. Put a different way, there is no day of the week content we are making isn’t being heard or seen.

At the beginning of the month of November in the midst of our launch into PM Drive in NYC, I was leading listeners through Israel. The next week Paris happened. The next week we tried to unplug and be thankful over the holiday. Before I knew it an entire month had passed and even though I had wanted to update both you, and the industry on what all was happening, I am alas–only now–getting to it.

It has been fun, historic, and eventful. I absolutely KNOW that I am supposed to be in afternoon drive doing breaking news and giving perspective on it. Paris, Colorado Springs, and San Bernadino scream for the attention, but 2016 looms, and thus the fight to think clearly presses on.