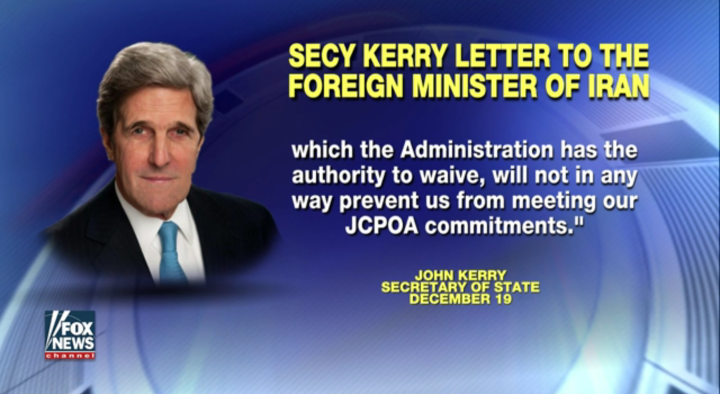 President Obama wants to have the American people to believe that his executively negotiated deal with Iran is unstoppable. Only problem there is the United States Senate believes they still have a significant role to play. And that role may just be the thing that could unravel the whole thing!

The Hill reports that senators plan to move soon on a proposal to extend what’s known as the Iran Sanctions Act, which is set to expire next year. Sen. Ben Cardin, D-Md., top Democrat on the Foreign Relations Committee, told the newspaper his colleagues have floated the possibility of tackling the issue in January or February.

But the debate could put the Obama administration in a tough spot.

Iran already is on high alert over any U.S. moves that could be perceived as a violation of the nuclear agreement – which trades sanctions relief for steps to roll back Iran’s nuclear program.

Iran surely would howl at any congressional attempts to keep broad sanctions legislation in force, even if specific sanctions are being lifted. But U.S. lawmakers say it’s vital for the U.S. to retain the leverage to re-trigger those sanctions if Iran cheats – and that would mean extending the sanctions law.

But the American people have sufficient reason to disbelieve almost anything the Iran negotiations process has associated with it. Remember this gem from only last week?

Republicans on Monday blasted Secretary of State John Kerry for suggesting in a letter to his Iranian counterpart that the administration could help the country get around new visa restrictions passed by Congress.

“Instead of bending over backwards to try to placate the Iranian regime, the White House needs to be holding it accountable for its recent missile tests, its continued support for terrorism, and its wrongful imprisonment of Americans,” House Foreign Affairs Committee Chairman Ed Royce, R-Calif., said in a statement to FoxNews.com.

At issue are tightened security requirements for America’s visa waiver program, which allows citizens of 38 countries to travel to the U.S. without visas. Under changes in the newly signed spending bill, people from those countries who have traveled to Iran, Iraq, Syria and Sudan in the past five years must now obtain visas to enter the U.S.

The real problem with all of this is that President Obama continues to deal the deck from the weakest position imaginable and in almost every turn he chooses to weaken us–not our enemies.

Maybe this is why Americans now view him as the weakest President in American history on the issue of handling terrorism.

Comment via FacebookComment via Disqus
Without Restrictions!
The *NEW* Islamic Guidelines On Slave-Sex