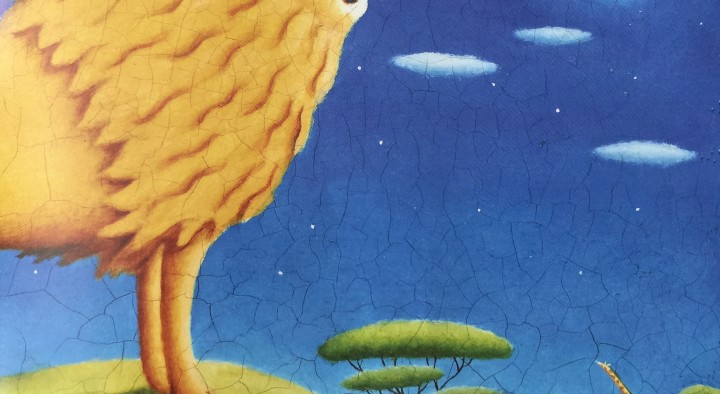 “At the sound of His roar, sorrows will be no more! When He bares His teeth, winter meets his death. When He shakes His mane, we shall have spring–AGAIN!”

For the duration of my life I’ve yet to find a better literary symbol of who Jesus fully is–as presented in the scriptures–than the classic C.S. Lewis character of Aslan. He is strong, He is gentle, He is meek, and He is fierce.

I also find myself wandering down the trails of life–some longer than others–that bring out different needs, fears, or anxieties that Aslan’s strengths can meet head on.

This past holiday season my boys got particularly moved by Sally Lloyd Jone’s book the Song Of The Stars. There is little doubt in my mind that their favorite passage of that story is the page where the Lion roars the coming of the “King of Kings.” If the imagery is not a direct correlation to the character of Aslan then it is a freakish coincidence.

But hold that thought for a minute…

This year I have embarked on a project.

Wanting to implement something in 2016 that would challenge me, help me grow, and help me mature, I felt led to begin reading daily from the Psalms. I’ve heard from many who have done this in the past and it has benefited them seemingly in both great and awful seasons of their lives. I am familiar with one man who did this for better than fifty years and when he passed away in the last ten years he was viewed–by both followers of Jesus and those who did not–as one of the wisest men any of them had ever confessed to knowing.

I have to believe that the depth of his understanding of this portion of holy writ had something to do with that.

As I am now only a few days into the new endeavor I discovered something almost immediately. The Psalms is by far one of the most encouraging scriptural texts I’ve ever reflected on.

In both the statements and assertions of who God is, but also how he allows his children to wrestle with what he allows, and ultimately always demonstrates his power and goodness over all has to be one of the most amazing snapshots in the study of God ever seen.

So sixteen or so days ago, chapter by chapter I began eagerly waking up and turning to the next chapter to see what I could learn about the Creator, what he says about me, what he thinks of my need for him, and my ability to respond.

What I discovered was a source of encouragement I’ve rarely been exposed to, and what it has developed is a deep thirst for more. But it has also instilled within me a desire to encourage others with the pure words of those ancient song writers.

So how does Aslan fit the project?

The quote above–from the C.S. Lewis classic–is one of the most incredible pictures of the effect of Jesus we can hope for. In Aslan’s reality, all he had to do was bare his teeth to make winter die. A formidable picture of power, but an encouraging picture of goodness.

Shaking his mane, and commencing spring is an equally powerful glimpse of the effortlessness it is to God to make new, to bring new life, and to initiate new birth.

But it is the beginning of this quote that grabbed my heart. For nothing is more fierce than a lion’s roar–not in nature.

It says to all predators, “Not today!”

It says to all who portend evil for the den, “Step off, get back, come closer and you are finished.”

It says to every cub, “No need to worry, I’ve got this, and you know it by the fierceness with which I say so!”

But the quote above references an interesting aspect of his roar. At the sound of it–sorrows cease.

In the Psalms it is my opinion that Aslan roars often, but in the day to day reading of them, sorrows are ceasing on a page by page basis. Not that the situations that are causing the sorrows are being dispensed, but something far more important is happening. The despair that accompanies those sorrows is evaporating in Aslan’s ROAR!

So why am I telling you about this now? Because maybe like me you need to be a cub in Aslan’s den. Maybe you need a place to get encouragement daily. Maybe you need to hide in the effortless mane of the one whose fiercest roar strikes fear in evil, but brings comfort to the broken.

The #AslanROARS project is currently being populated to the Kevin McCullough (public figure) facebook page, as well as The Early Morning God Thought facebook page. But if you’d like to receive it by email, sign up on this page under the “Binge-sider.”

But I’m far too insufficient to be able to. But we know the one who is MORE than sufficient…

He ROARS fiercely and in that ferocity our sorrows cease!
Comment via FacebookComment via Disqus
Hijab Equivocator To Be Fired
Aside from the ISIS, Refugee, Rape… you mean?