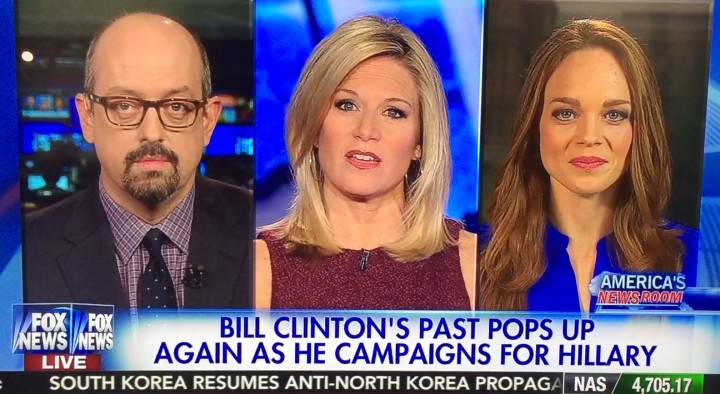 Donald Trump’s Instagram video ad kept the issue alive a bit longer. But when Bill and Hillary begin to avoid the questions that press and others begin asking, it’s naturally going to produce MORE interest.

They may not like it, but it’s going to happen.

The question is raised, “Is it fair?”

(FULL DISCLOSURE: I was the male voice in a discussion about the treatment of women, as it relates to a female candidate, booked by a female producer, as it is being hosted by a woman, and whose counter point foil is also a woman. In essence it’s dicey waters to wade in to. Wanting to respond with common sense, sensitivity, but as always TRUTH… So how’d I do?)

Comment via FacebookComment via Disqus
Aside from the ISIS, Refugee, Rape… you mean?
These aren’t the radicals you’re looking for…