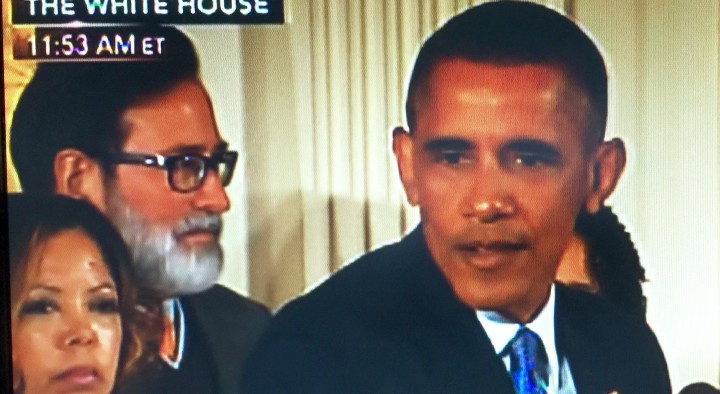 I don’t know about you but my ears have grown weary with the amount of condescension we have endured–from a man who is in essence our employee–for the last 8 years.

Even when announcing his executive orders, commenting how he can see the second amendment “on the paper” (a fact he sounded as though he wished he could change.) Then going on to say that has taught “constitutional law” and that “he knows a thing or two about it.”

The hubris was met with satisfactory affirmation there in the East Room of the People’s House. But across the airwaves (see above still shot) he just looked angry.

So with that as his opening context he proceeded to list a series of events we are all intimately familiar with, said some words about how awful those experiences were–as if we hadn’t lived them–and announced initiatives to add restrictions to the ability of law-abiding people to purchase guns, while announcing zero initiatives that would’ve had any impact on the awful situations he had just taken the time to retrace for us.

After all the hype, urgency, anger, and all-to-convenient alligator tears–he finally had given us the pressing gun reform he had promised for such a long time.

In reaction to today’s announcement by the President, I felt it was important to offer some genuine fact-based analysis and response to a government that attempted to further swipe freedoms from law-abiding people.

I was told by some community leaders, pastors, and law enforcement that it was the best “unpacking” of the matter by anyone in the media today.

Those were very kind and encouraging words to hear, but I will let you judge for yourself. All I want to do is to help people think more clearly.

Listen and weigh in on the comment section below.

And if you’d never want to miss another broadcast. Please go here: http://soundcloud.com/KMCRadio and subscribe for free!