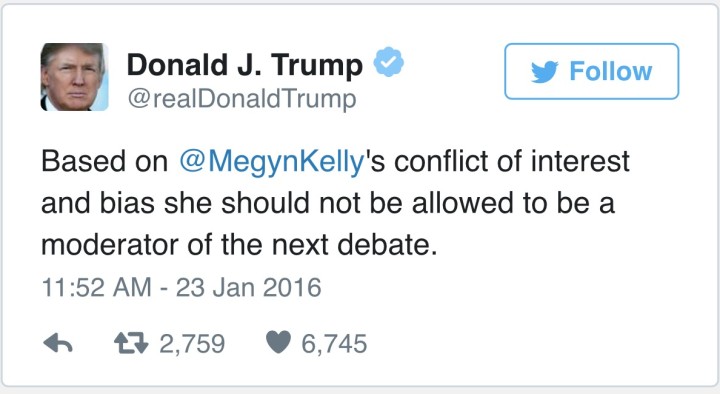 He just couldn’t do it.

It betrays the dignity of a person’s manhood to be as insecure as one Donald Trump.

Earlier today he took to Twitter. (Something I would advise his staff to back away from immediately.) The tone, tactic, and general topics of what he tweets tends towards the inane.

He wants to be the leader of the free world but talks in tweets at a 3rd grade level.

Fresh off using Sarah Palin’s endorsement, gaining the SNL parodied cold open from it, and referring to Glenn Beck as a crying fool, he decided to return his sights to Megyn Kelly who will be one of the moderators this coming Thursday at the final debate before Iowa votes (and he will in all likelihood lose his very first test–after bragging about how he only wins:) 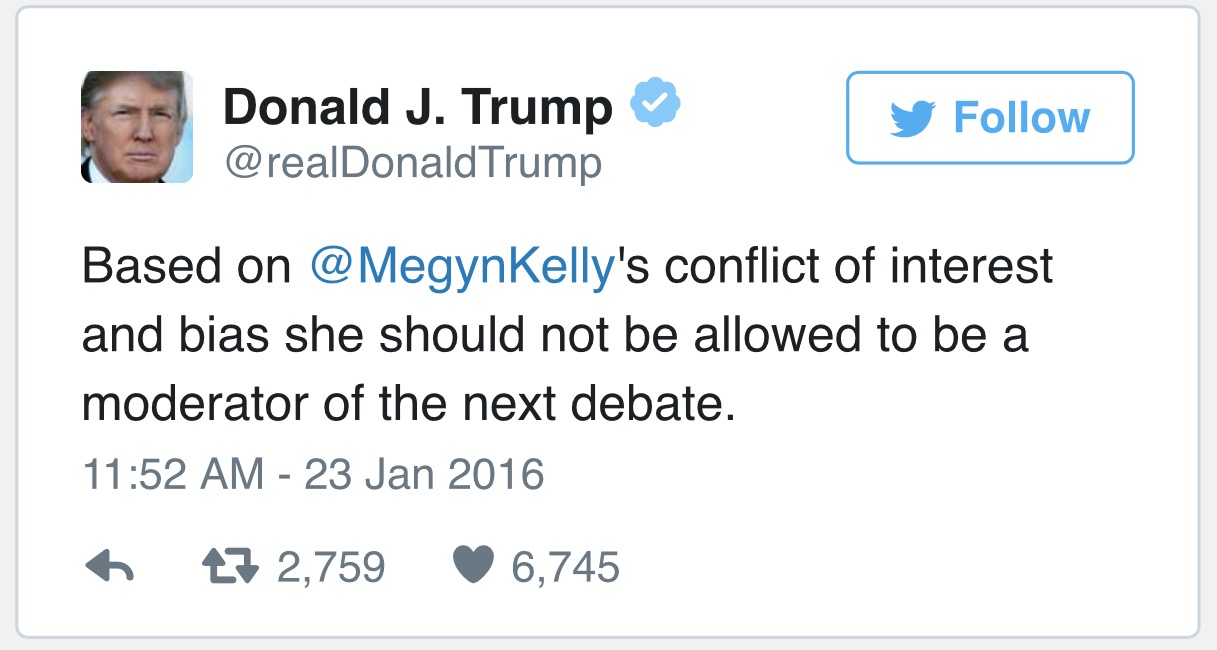 Fox News responded calling him out as more or less a media con man attempting to boost his own ratings–so they thanked him. (Genius!)

But a thought crossed my mind in the process…

Not only does the man barely embody behavior that would emulate the dignity of being a President, but how can he stake a claim to being ready to take on the fierce enemies around the world when he whines to Roger Ailes about Megyn Kelly being too mean?

One more week and Iowans will prove someone right… But who… That remains the question.

Comment via FacebookComment via Disqus
KMC MEMES of the Week!
Countdown To The Caucus: Ben Carson