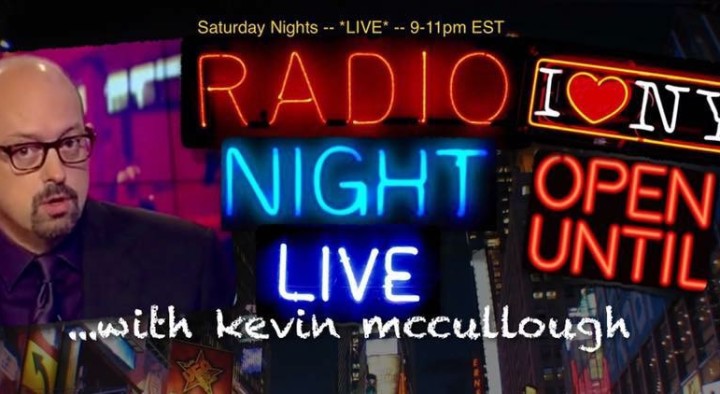 New York, NY – Due to a massive amount of work that has unfolded for the actor–who had formally been one half of the show (formerly known as Baldwin/McCullough *LIVE*)–since his last appearance on the Donald Trump television hit Celebrity Appearance “All Stars.” The weekend ratings radio winning broadcast is becoming “Radio Night LIVE.”

“Over the past few months the more work has come his way, the more difficult it has become for him to make the show,” said talk radio veteran Kevin McCullough. “For the past eight years we have enjoyed the liveliest and (most nights) funniest weekend radio broadcast in America. Our listeners will immediately feel the impact of Stephen’s absence from the talk radio airwaves but to be realistic because of his filming schedule in 2015, his workload severely prevented him from being with us even one out of two weeks. This is GREAT for him because his passion is acting.”

“God has been so good to me,” believes the actor. “And all I want to do is to follow where He is leading me. My time doing the show is something I will always remember, our listeners brought much laughter and insight into my life.”

Immediate plans call for the Saturday night radio hit to continue on its 250+ radio outlets and 44 million television households on its simulcast partner BizTV, rebranded as “Radio Night LIVE” with McCullough carrying on and the possibility of a rotation series of guests and potential new cohosts which could possibly include KRLA’s Elisha Krauss, the New York Post’s Karol Markowicz, YouToo America’s Gina Loudon, and frequent cable news commentators Ashley Papa and Kayleigh McEnany. All five of whom had made weekly appearances on McCullough’s radio hit “Late Night” in 2015.

“Our staff, our sponsors, and listeners will miss the unique humor and spunk of Stephen-his personality is one of a kind and Stephen will always be welcomed to a place at the table and a memorial microphone we have dedicated in his honor. But to a person all are equally thrilled at this chance to take our broadcast to another level,” said McCullough. “‘Radio Night LIVE’ will take the signature humor we’ve developed over the years, add cutting edge ‘next generation’ guests, experts, and entertainers and explode Saturday nights in ways previously unseen.”