A week ago it was still Trump’s race to lose in Wisconsin, the GOP contest that votes next Tuesday. 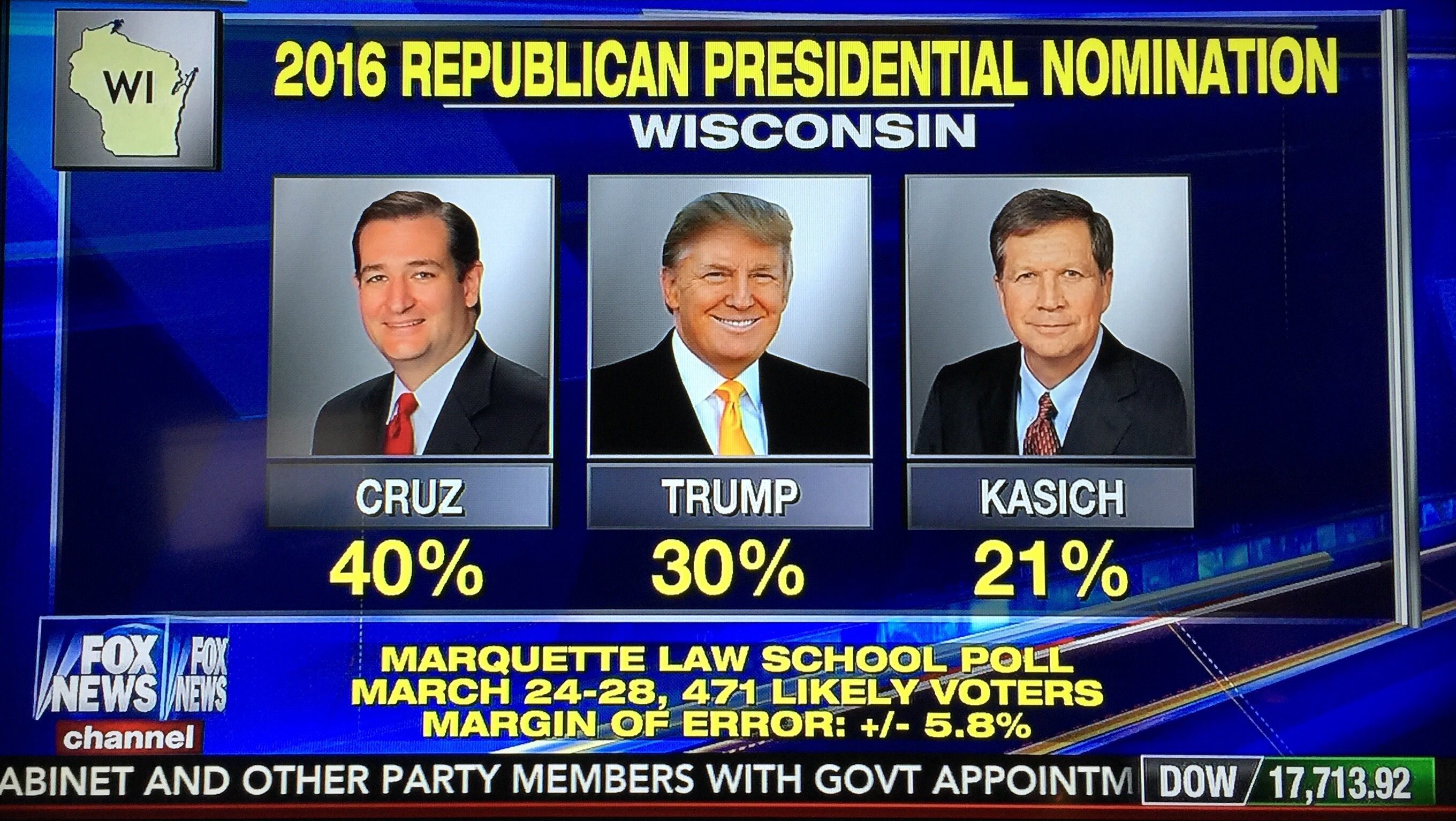 Couple the fact that Trump more or less took last week off, while Cruz out-organized him in Lousiana, will out perform him in North Dakota on Sunday, he may look at a three state sweep coming from the two week lull that may  put as many as 72 new delegates in the Cruz column.

Add to this the fact that the Los Angeles Times has Cruz and Trump now tied in California, and team Cruz senses that they are closing the gaps quickly in New York and New Jersey (closed primary states where Trump has given boatloads of money to liberals who have opposed conservatives at every turn) and suddenly this doesn’t feel like a lopsided Trump march to victory. It actually resembles much more closely a racehorse in which the more well prepared, focused, and disciplined team is closing the distance in the final stretch.

The real point in all of this is likely to be that Trump’s self destruct methodology may finally be catching up with him.

And as Cruz stays on message, positive, and looking forward people are sensing that he actually is ready to be President on day one.

You know… As opposed to playing footsy with the National Enquirer…