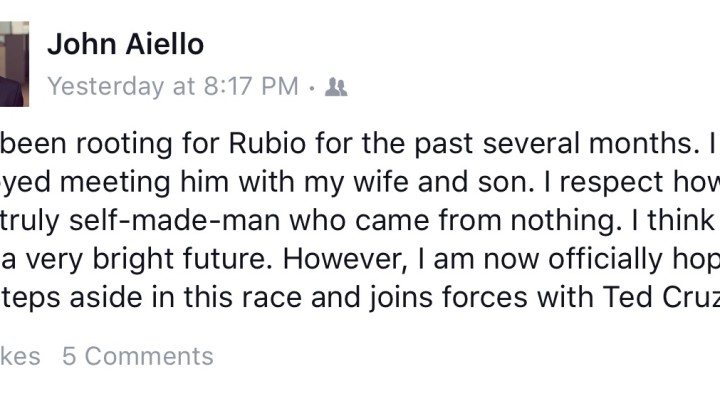 In every way you look at it. Ted Cruz clobbered Donald Trump on Saturday.

From the intriguing but non-binding blistering in the CPAC straw poll to the outlandish performance where he doubled the Donald (and then some) in Kansas it was nothing short of a huge night for Cruz.

“Experts” had “predicted” a four state sweep. But the Donald–despite maniacally bragging about his size and the size of his support all day on Twitter–would end up being whacked in the face with a 2×4 in Kansas, completely mugged and left for dead in Maine, and in the two wins he would secure–he was kept in doubt until the very last minute of 90% percentile of the vote count.

Even that was an embarrassment because the news organizations (based on turnout models combined with the crushing early vote numbers) called the race in Louisiana at .2% of the vote counted. And why not? Donald was up 49% to 21%.

And if you’re expecting roughly the same amount of turnout as the last cycle, you could probably say that it would be impossible for Cruz to come back.

But turnout this year ISN’T like it was in 2012. For the GOP it’s been double digits higher in every race so far. And for the Dems it’s double digits lower.

And it ISN’T Donald Trump creating the turnout. Unless it’s negative turnout, because he is averaging barely 30% of that record setting stampede, and 70% of that mania is voting against him.

So in Kentucky and in Louisiana, Trump got a bit more than 3% in each race. And walked away with about 1.5 delegates more from each.

Cruz’s routes in Kansas and Maine, his blink of the eye second place in Kentucky (where he spent no resources), and his late night heartburn-inducing down the wire finish in Louisiana beat the Donald like a drum. 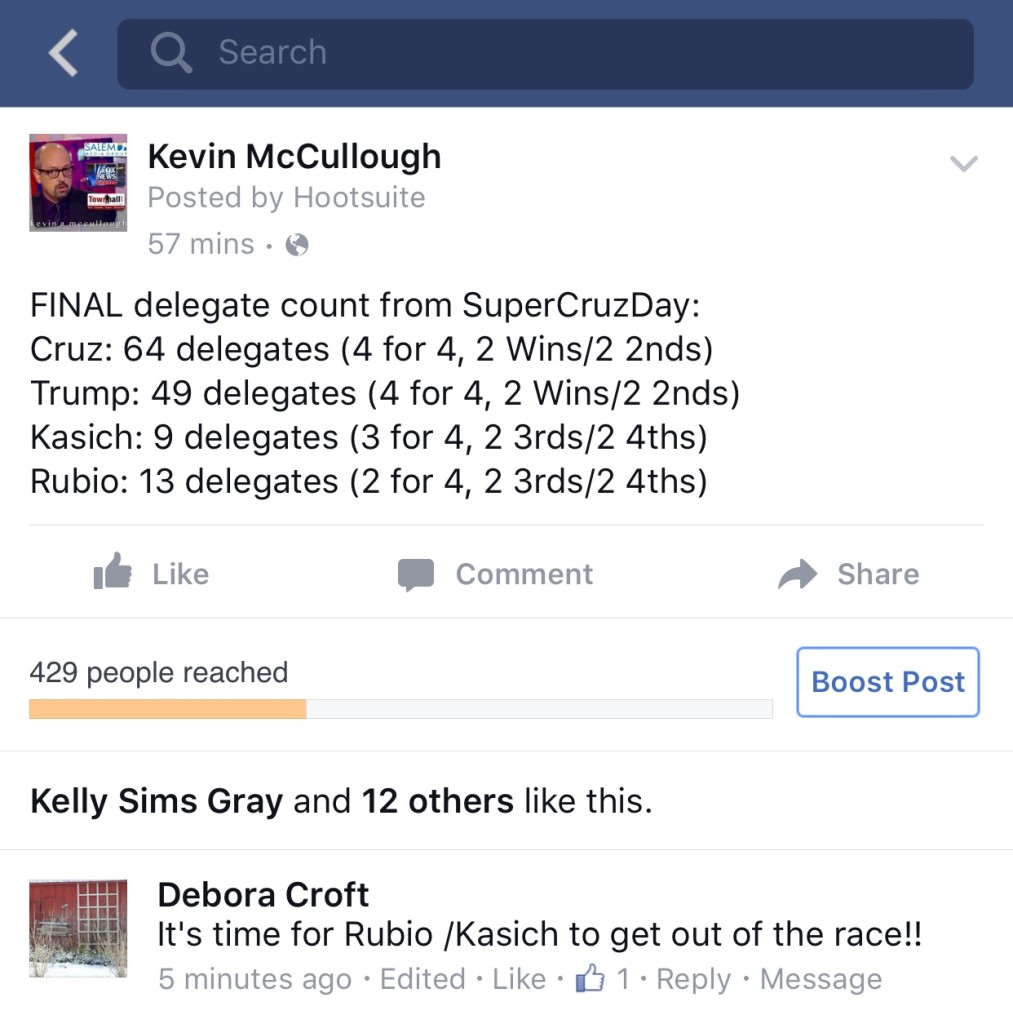 So much for the breezy Trump sweep.

All kinds of analysis for you from myself, SteveDeace, and Bethany Mandel.

If you are a Trump fan you’re probably sick this morning. Like your leader:

If you’re a Rubio supporter you’ve got a decision to make:

And if you do not want Donald Trump to represent the same party of Lincoln and Reagan then you have to decide whether you should be headed to Florida to work for Cruz for the next two weeks.