When Donald Trump looks back at the wasted time and money he put forward in producing the biggest flame-out in Presidential nominating history, he’s going to easily be able to point to exactly where he lost it.

I’ve long thought of elections as similar to prize fights or NFL football match-ups. And if that’s the case Trump keeps complaining that he doesn’t get acknowledged for gaining yardage, when the purpose of the game is to score points.

For the third or fourth time in a row now, Trump basically abandoned his team on the ground in a state where he presumably wishes to win delegates. Wyoming is poised to deliver the final 14 delegates of their state’s delegation this weekend.

Ted Cruz is jetting over to make a speech to the convention (like he did in North Dakota, Iowa, and Colorado.) Trump decided to stay home in New York (where he’s going to easily win his home state on Tuesday to do? Only God knows what…

But what he’s NOT doing is going to a state where delegates are in play, where he could go make a speech, where he could seek to get voters to listen to his ideas, and try to actually earn delegates.

Evidently he didn’t even care enough about even TRYING to win delegates that he failed to help his state organizers field a full slate for the 14 spots that are open. 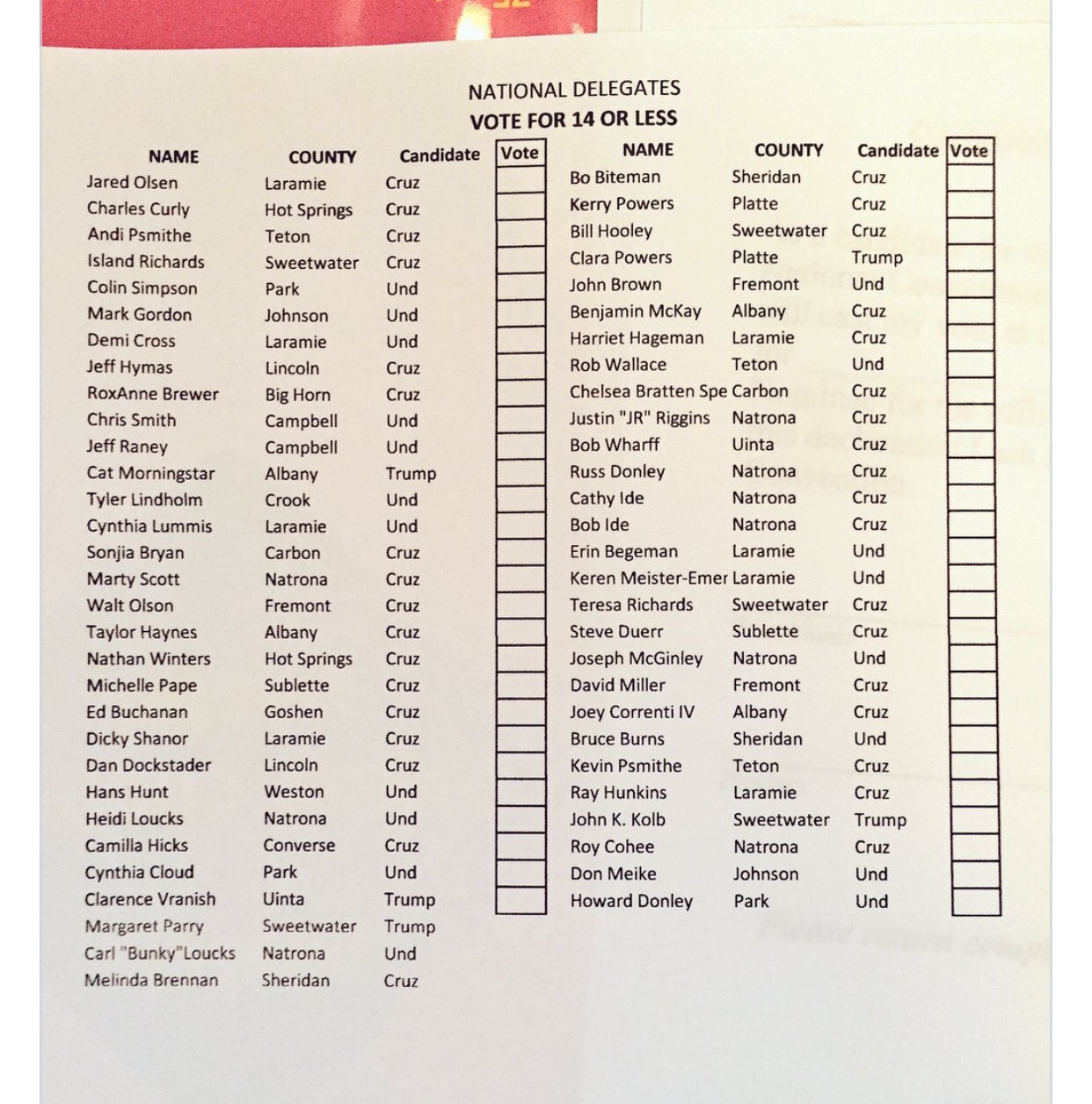 So… Of 59 spots that Trump could have worked to get delegates elected to run for the remaining 14 openings he somehow managed to get 5 elected?

UNDECIDED got six times more delegates elected to the final ballot than Trump did.

And I’m pretty sure UNDECIDED spent less money than Trump did.

That’s a local attendee to the convention tweeting a sample of what the Cruz team printed up to assist people in voting for their preferred delegates.

Notice what the attendee said in the second sentence. “No list for Trump yet.”

Meaning Donald’s team–because they were too uninterested–couldn’t be bothered with sending an intern to Kinkos to photo copy a list of names (all five that they slotted.)

Couple that with The Trump team decision not to take his private jet for a quick jaunt to Wyoming to give a short speech and say, “Please vote for my delegates, I’ll make Wyoming and America great again,” and then shuttling back to New York where he leads by 35+ points?

Well at least send one of your high profile, conservative friendly surrogates right? 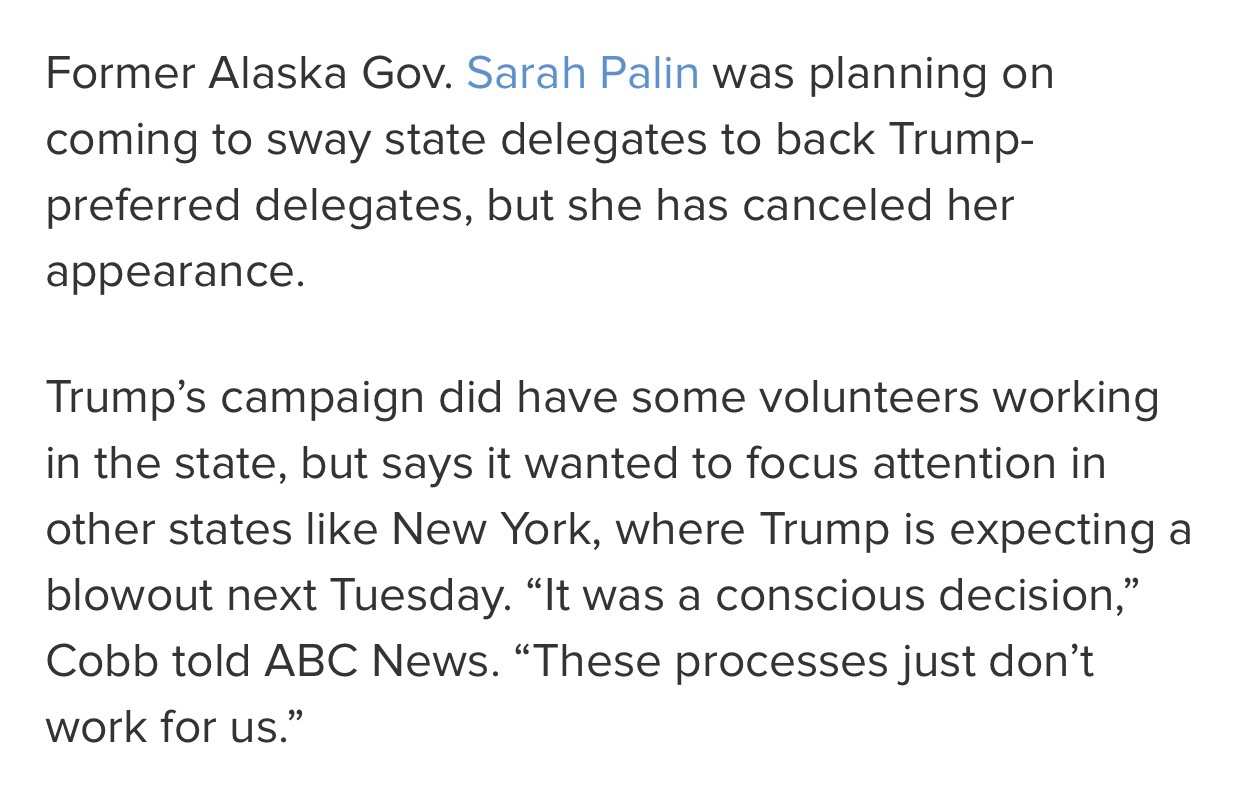 The campaign said the processes don’t work for them?

Of course they don’t geniuses. Because the candidate is supposed to be the one doing the work… You know… To EARN the votes of the people?

It seems increasingly that Donald doesn’t like to court the votes of the “little people.” He doesn’t seem to feel like he should be required to go out and earn the votes of the nominating process across 54 states and territories.

He seems lazy and entitled.

And while he wonders why he will have lost 12 of the last 13 contests for delegates. The proof is in the work–or the lack thereof–that he just seems disdained to do.

Cruz is getting his brains beaten in in New York, but he’s still there campaigning. He campaigned in Florida, and in South Carolina and every state where the polls showed Donald ahead. Cruz believes that he should respect the voters and go to them and try as best he can to earn their support.

Donald just ignores whole sections of the nation and then whines like a petty school girl when the people that he shunned (and later slanders) didn’t just rush to his support.

He should stop “wondering” and start “working,” if he really TRULY wants to represent the majority of Republicans in the Presidential race.
Comment via FacebookComment via Disqus
Yes Donald, Delegate Math is Hard!
Trump: (wants to) Win Without Competing