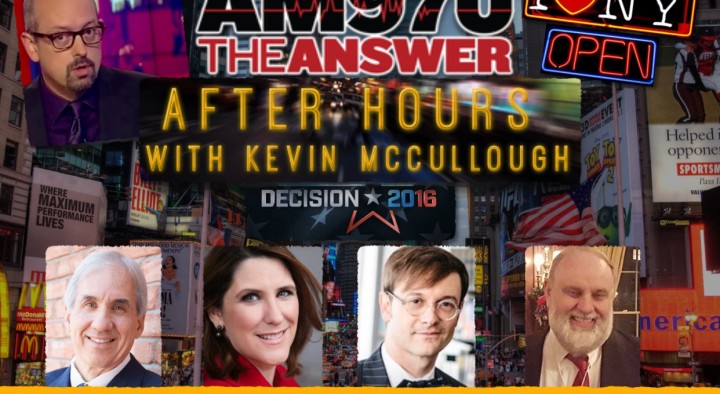 Friday’s second hour on After Hours turned into great hilarity. We shone the bright harsh light of a mirrored Twitter feed back to Charmaine Yoest and made her “defend” her choice of tweets-n-re. You can actually do this with intelligent people who post interesting things because they have reasons why they posted it to begin with. (This is not suggested practice for those of you with Donald Trump on your interview list in the near future.)

Then Dr. Greg Thornbury stopped in to break down Donald’s latest use of scripture.

You know between the time he said discussing scripture was just too personal to do in a quiet one on one interview, then an eye-lid flash later and he’s expounding on Two Corinthians in front of 20,000 kids and the cable channels, and now finally his favorite lesson from scripture being “an eye for an eye.”

And in hour 1, David Limbaugh weighed in on the dreaded mess #Decision2016 has become.