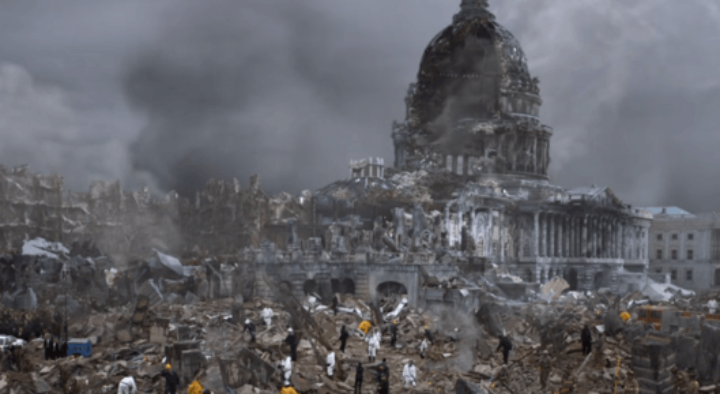 Why did the Obama administration, according to top Iranian officials, sign a secret pact with Iran? This pact pledged to lift sanctions off of two financial banking institutions that would now be able to openly do business with Iran.

Is it necessary to reiterate that Iran is the number one exporter of terror? They pay $25,000 to the family of many of the suicide bombers that seek to kill Israelis. They are also attempting to dramatically increase their own terror capacity through the development of deliverable nuclear payloads.

The Iranians have also since revealed that these two banks were the primary financiers for the on-going Iranian ballistic missile program.

You may recall the only reason, according to Hillary Clinton and Barack Obama, that we had to go ahead with the Iranian deal was to prevent the two things that would most endanger the free world: Iranian nuclear war heads, and Iranian ballistic missiles.

After President Obama moved forward with the deal–without approval from Congress, nor the American people (not to mention great disdain from our allies)–we learned of side deals that were attached to the original deal.

None of these side deals were released to the American people. The administration felt it more than fulfilled its obligation to “transparency” in allowing us to see 2000 page summaries of the main agreement. But these side deals–all of which have been kept secret–have loomed increasingly important.

As an aside I have a hard time understanding why we had to sign the secret side deal. I mean did President Obama so strongly desire to prove that he had misled the American people by giving massive resources to our worst enemy that he thought, “no one will believe I actually did it without my signature?”

Hubris often leads the arrogant to places so twisted no humane soul can justify.

These secret side deals and back room pacts have haunted Obama and the free world basically since he agreed to secretly go along with them.

In the late spring we discovered that one of the secret pacts gives the Iranians the right to “self inspection” at its most sensitive nuclear sites. In the late summer we learned that a secret side agreement “authorized” the ransom payment of palettes of cash for four wrongfully imprisoned American citizens. In the fall we learned that we had actually begun sending $700,000,000 a month to Tehran for no meritorious reason, thinly disguised as a “savings” to America’s “future amount owed.”

The Iranians told us the money we give them will be used for more terrorism. President Obama and Hillary Clinton have both publicly admitted that Iran will use it to fund nuclear and terror objectives.

But nobody needs to be concerned about the nukes right? Because they don’t have any missiles to put them on right? Because you have to be able to deliver a nuclear payload… Right?

Since the nuclear deal was agreed to on our part Iran has defied the rules of what they agreed to by conducting four illegal ballistic missile tests. Each time President Obama has yawned. The United States Navy has been constantly harassed in the Persian Gulf, and our government hasn’t so much as issued a warning to Iran.

On Friday we discovered that Obama and team authorized a secret pact that lifted sanctions off the banks that will now allow Iran to finance the missiles needed to deliver the nuclear payloads they are now developing.

This puts Iran’s nuclear capacity on a far shorter path than the ten years Obama used as a firewall, and the strategy of denying them delivery systems is now also laughable.

If we survive until next January, the next President will be staring an armed Iran dead in the face.

And Obama will have funded all of it.

It’s my prayer that we have a commander in chief that day who exhibits strength in the face of threats, and never blinks when Iran proves they can make good on their threats.

Comment via FacebookComment via Disqus
Resource Strategies: Ideas To Help You Live Life To The Fullest
The SHOCKER of 2016!