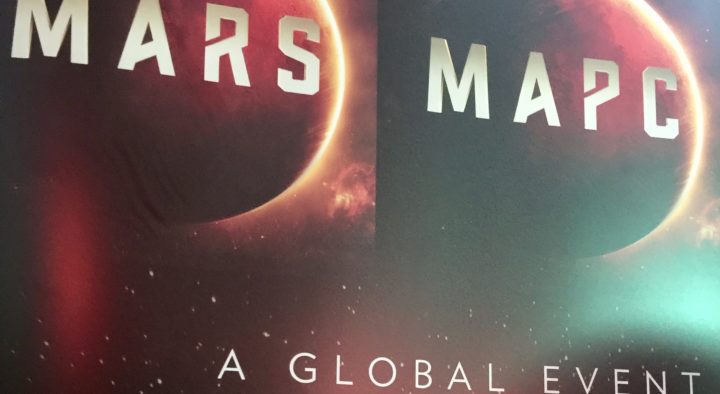 What we had just witnessed was a television pilot to the new television series: MARS. 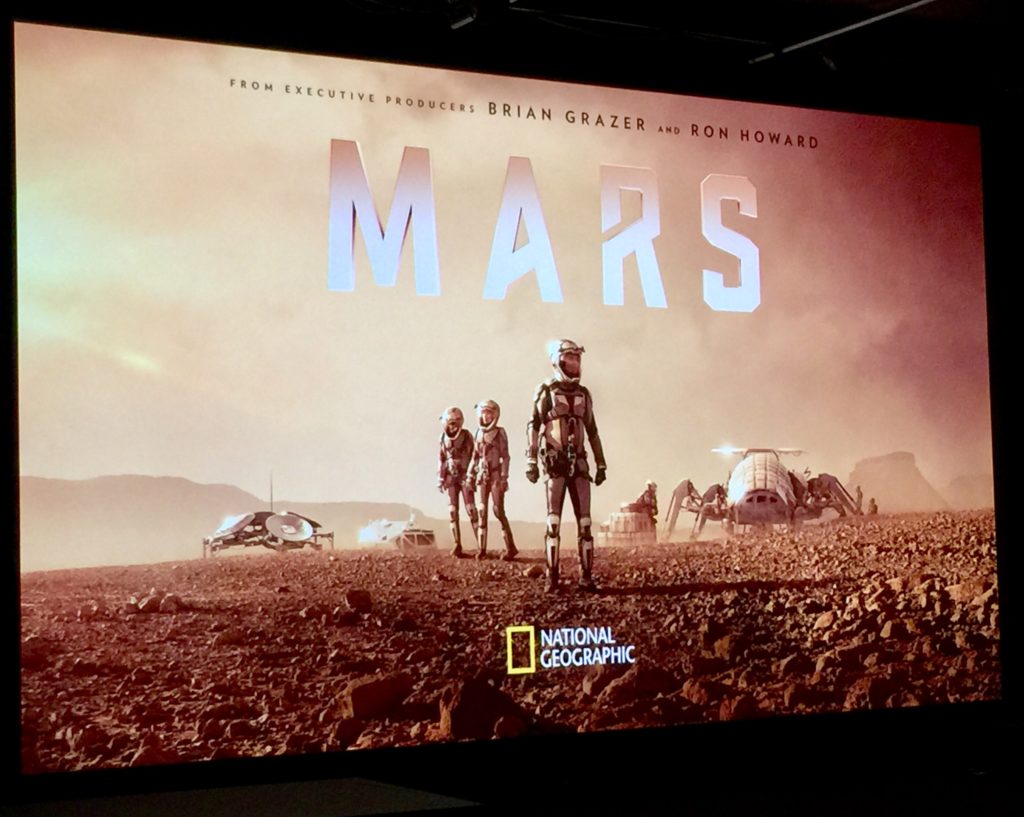 Beautifully shot, wonderfully acted, and scientifically accurate executive producers Brian Grazer and Ron Howard are attempting something in this television series that no one had ever tried. 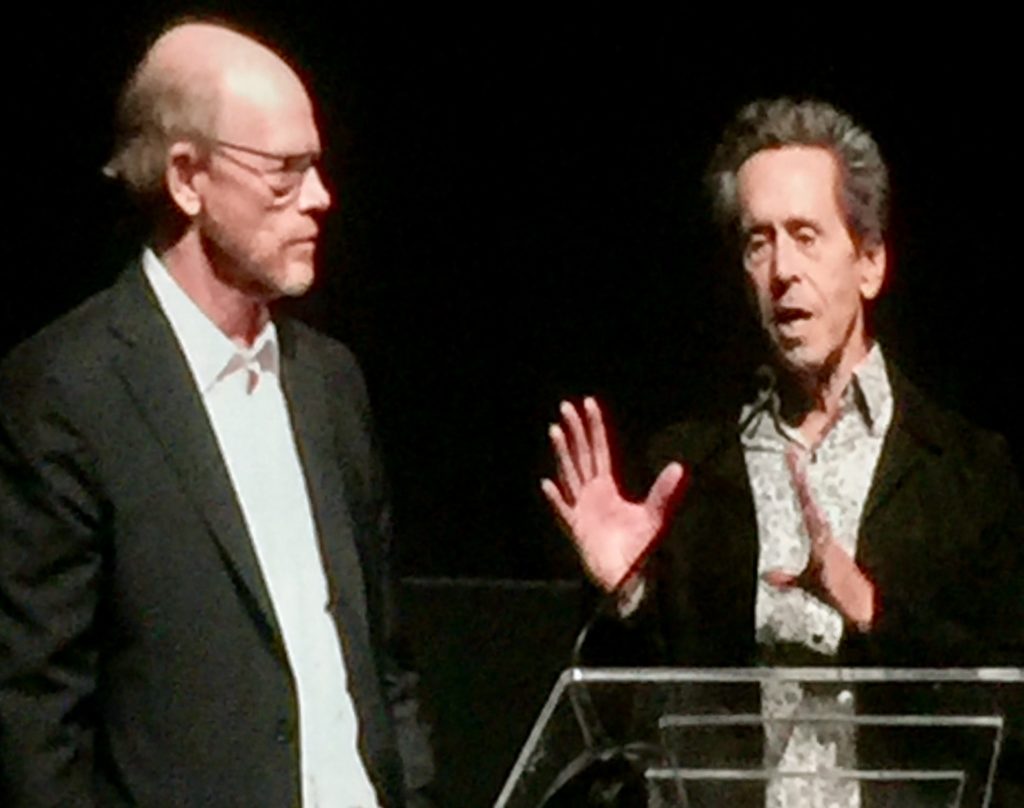 I wonder if it had even ever been thought of.

As the pilot opens the enormous numbers 2033 fill the wall sized screen. And immediately you’re let in on a piece of the story. A crew, racing across an evening MARS surface obviously attempting to get “somewhere” before it’s too late for what we learn later to be the team captain.

Then the enormous numbers 2016 flash across the blackened screen and footage from a documentary with the private sector, commercial kingpins of privatized space travel tell the cameras their secrets as to how life will eventually be sustained on the planet MARS.

Combining a story telling style of J.J. Abrams’ hit show LOST with the power of the scientific but aspirational effect of the best documentary you’ve ever witnessed, MARS takes a fictional look at what will possibly happen in the future, but basing it purely off of the science they have in hand now.

Oddly but sweetly the “2016” portions don’t end up feeling like a documentary at all. They have the net effect of emotionally engaging you in what amounts to character back story on the feature’s primary star: the red planet itself.

The cast is internationally assembled, and serenely cast. 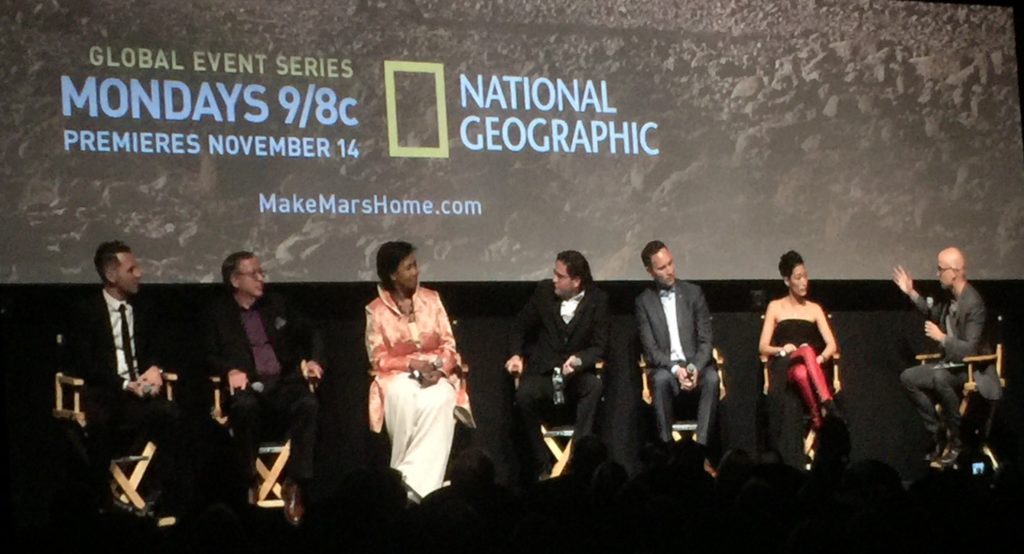 My prediction is without hesitation that MARS will easily break all records in NatGeo original program viewing.

After the debut, NatGeo bussed the party to Duarte’s Square in Chelsea where for the next week the MARS interactive experience will be opened to the public. 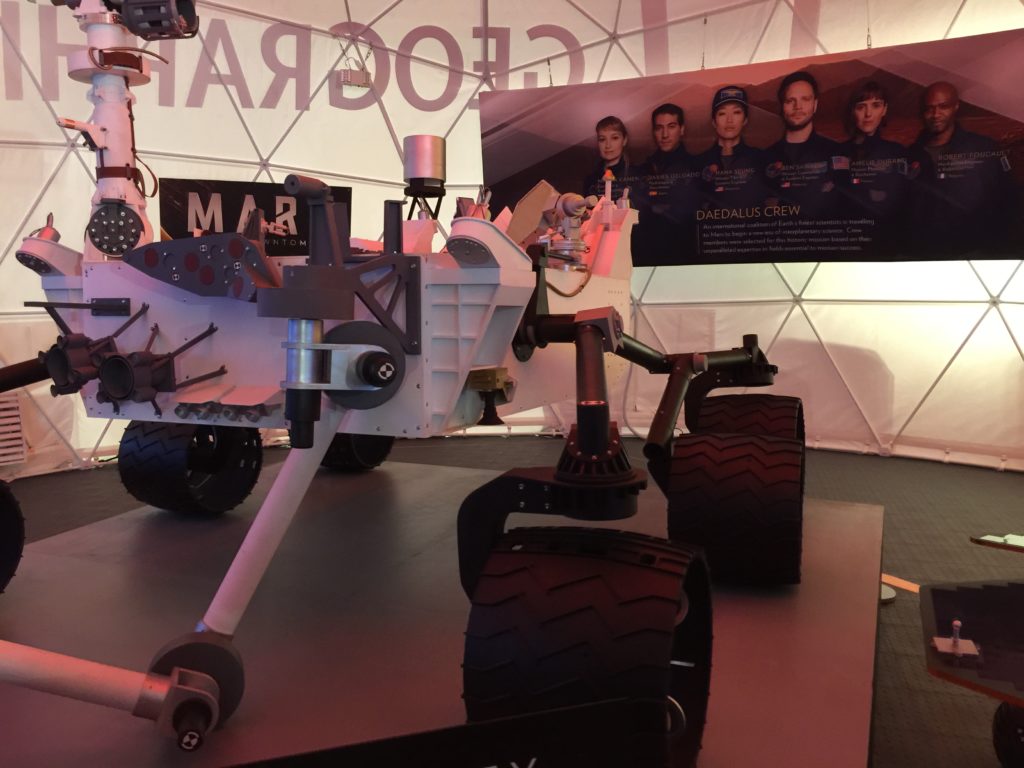 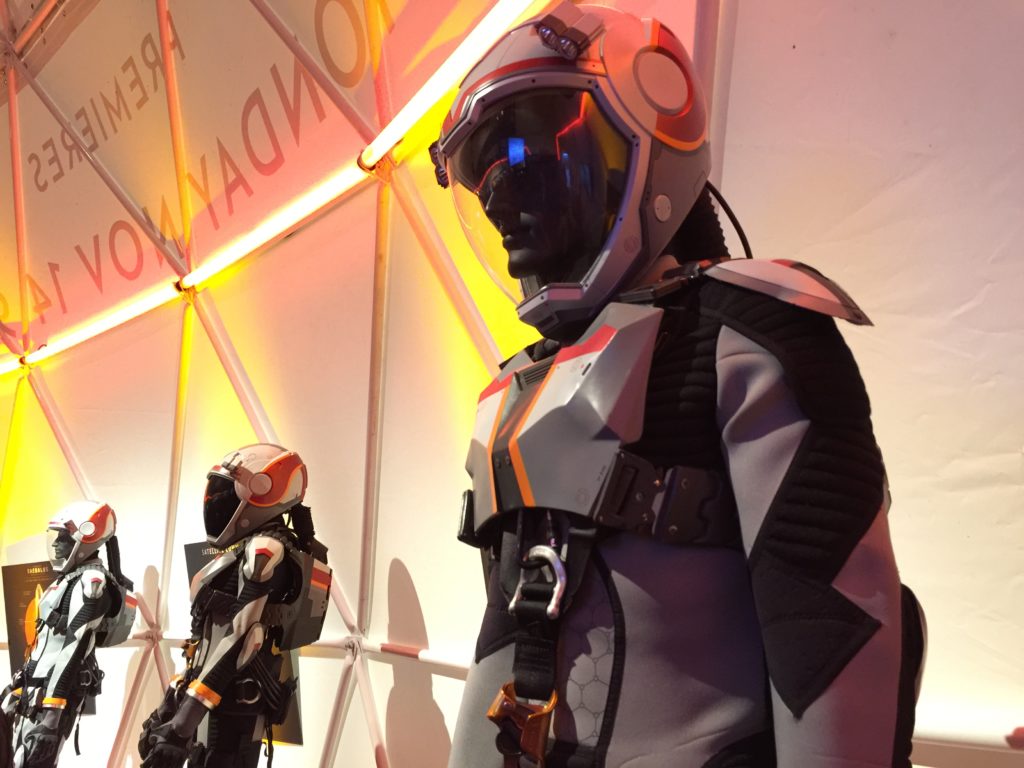 Salman Rushdie to Cuba Gooding were in attendance and the buzz I picked up in the room was high pitched. Astronauts lent their insights. And NYC media did our part in observing the film and the event to be able to relay to you the energy  behind the project. 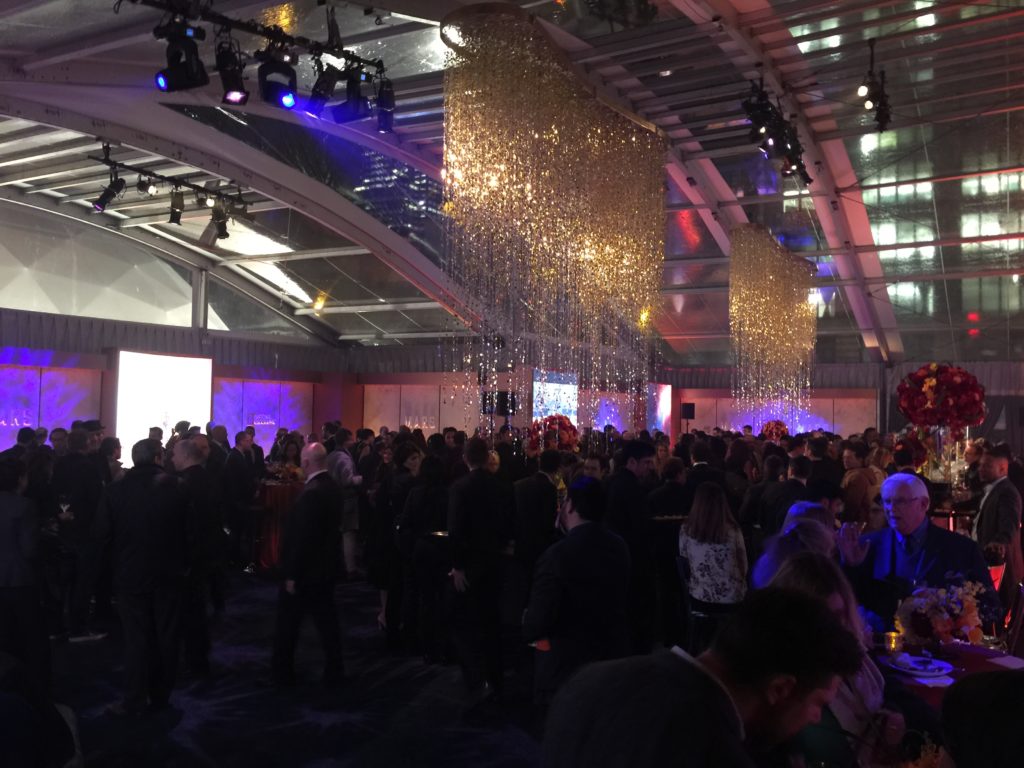 The pilot was intense but felt appropriate for family viewing.

National Geographic also let me in on their plans in addition to the broadcast. They have finished a beautiful coffee table style classic book based on the film that delves much deeper into the scientific challenge that landing humans on MARS presents.

My six year old had a difficult time putting it down this morning to get out the door to school.

A special edition of the magazine is going out, an online virtual MARSscape has been produced in 3D, and more studies and resources will be on board soon.

I won’t tell you how the pilot ends. You owe it to yourself to tune in November 14th to see for yourself.

But if you’re a fan of space, great television, tremendous acting, amazing science, and epic storytelling you will regret it if you miss even a second!