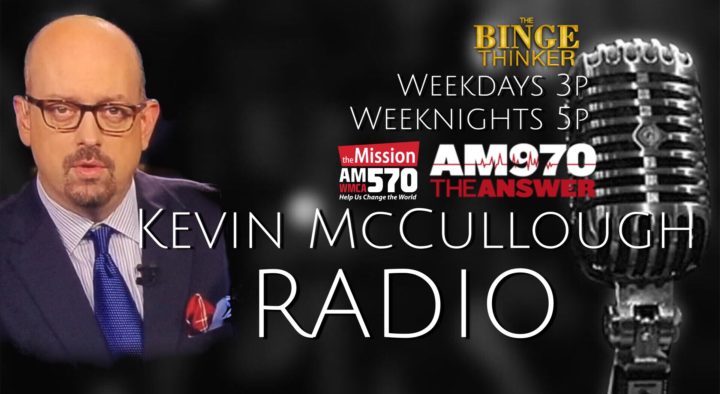 Oh how much difference a year makes!

Last year at this time I reported to you about the status of 4 of the 5 broadcast entities that I hold responsibility for, and for reasons that I will explain, none of those entities any longer exist. But growth was aggressive this year and the results proved it. More on that in a bit as well.

Last year at roughly this time I was able to tell you that we had moved the late night show up to afternoon drive here locally on AM 970 The Answer. Pretty much everyone was happy with the move. Advertisers got a much better time slot. The station picked up a big, white hot show that was locally produced, and of course the audience numbers were bigger. We rebranded/imaged the content away from the “Late Night” persona and fought like mad to step up the pace. Our new focus began to reinforce the findings  of some study work that had been done on our audience. This in  addition to rolling into an election year we had intense interest! We were given an opportunity to shine and we tried as best we could to take advantage of the opportunity. And towards the end of our first full year in the timeslot, and focusing on the things that our audience study told they wanted we enjoyed the most listened to single hour of the day for the station for two of the final three months. In measurement by cume and in share we have consistently tripled what had previously been in the timeslot previously. We are by no means satisfied and ramping up additional strategies to promote, attract, and deliver what talk radio listeners need.

In addition our Syndicated work continued to grow, and in fact we had the largest expansion of syndication we have had in more than three years. More than a dozen additional television markets, and more than two dozen radio affiliates picked up our products.

More on all of this as we go along.

AM 970 The Answer also saw some additional weekday changes due to the untimely knee injury of New York legend John Gambling. Between his grandfather, own father and himself the John Gambling show had been on the air in New York consecutively in excess of 90 years! We miss John but wish him well with his recovery and with all the playtime he’s getting with his grandkids now. The new line-up for AM 970 since runs like this:

An astounding line-up and a quick pace. Join Us Daily. http://am970TheAnswer.com

With the audience growth of afternoon drive on AM 970 at 5p and the continued consistency on AM 570 at 3pm our sales team has begun to utilize the power of both station’s dayparts to add revenue. In addition to hosting the talk show on AM 570, I’m also the daypart host for the entire afternoon drive on the station. Hence I literally am on both stations as the PM drive host against each other. But considering all the other non-traditional ways I’ve been creatively inserted into almost every on-air possibility, this seems normal to me now. When you add up the amount of commercials endorsed, newscasts produced, daypart hosting, anchoring of our special cause campaigns, and the actual hosting of talk shows, mine is the most heard presence on the cluster of two stations.

The Kevin McCullough Show (nationally daily syndicated) is in as high a demand as ever, releasing daily at 4pm EST, and covering for a national audience the biggest stories of each day. The biggest markets – Los Angeles, Phoenix, DC, and Atlanta release at 5pm EST.

Over time seeing the effect of the synergy between the two daily broadcasts, cross promoting the efforts of each, it sort of hit me that the task was being complicated by two many different “brands.” In reality the shows are in essence the same–a look st the breaking news of the day through the lens of Kevin McCullough. My job is to ensure they know what is happening since they last tuned in, what it means to them, and why THAT matters. When you combine that effort with my desire to obliterate confusion, amplify truth, and to pursue clarity, I realized we are making the process harder than needed. 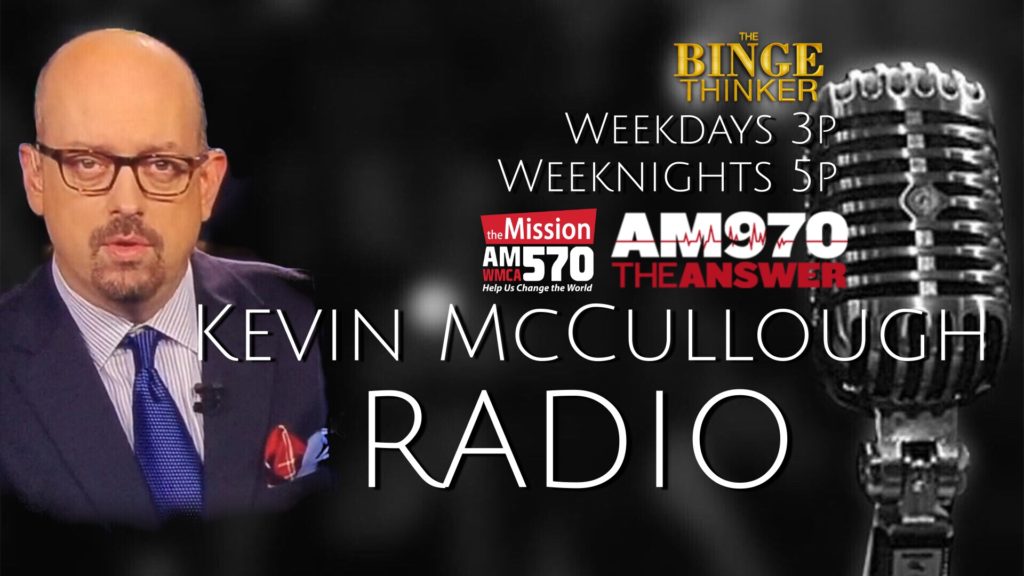 Hence as of 2017 we will pare down the number of “talk shows” and in their place–Monday through Friday–create sort of an endless stream of content. “Kevin McCullough Radio” will replace both “The Kevin McCullough” as well as “After Hours with Kevin McCullough” and narrow our focus even more on reporting the breaking news of the day/minute and provide even better for our listeners “what it means” to the listener and “why it matters.” And when we are off air, the resource to keep “Kevin McCullough Radio coming will be found online and via social media.

With the election of 2016 finally behind us. Breaking news and front page stories will dominate the conversation as opposed to a primary focus on politics. My Monday-Friday team is excited about this and we are all gearing up for the pace this will put on all of us.

“The News That Makes You Think” will now be powered by “Kevin McCullough Radio” having been picked up by two more networks and now has 1200+ affiliate releases each day. 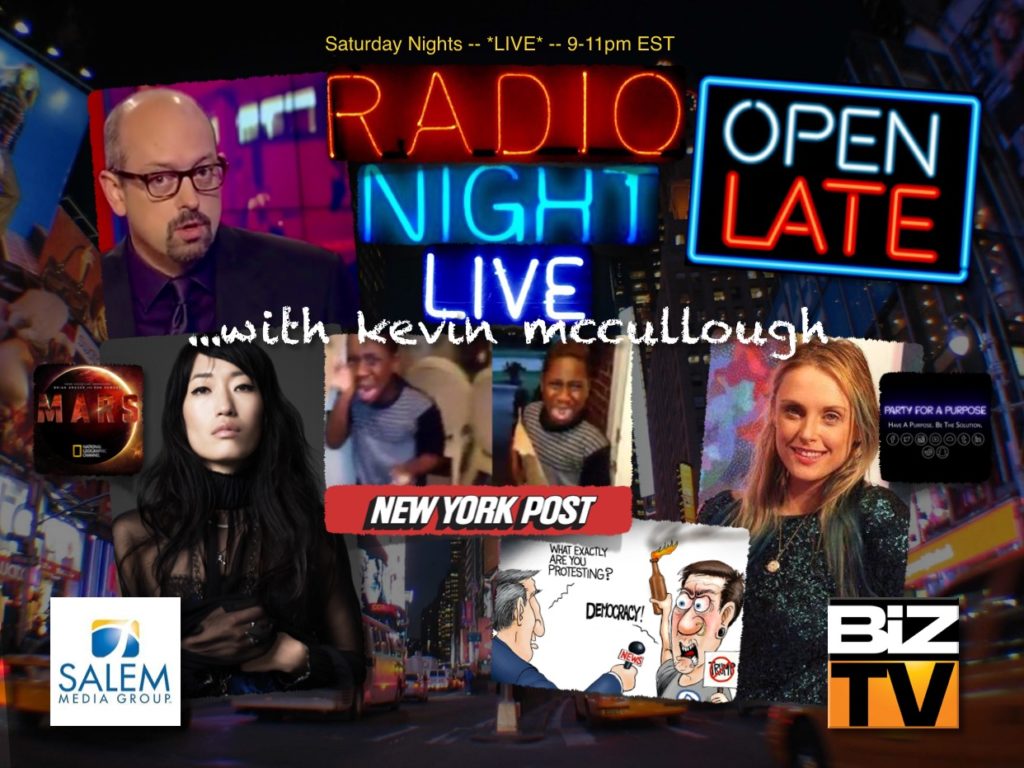 Radio Night LIVE — This broadcast took the timeslot of Baldwin/McCullough. Adapting the highly successful imaging and format from the previous “Late Night with Kevin McCullough” the show focuses on a humorous, sometimes tongue in cheek, irreverent look at the news and news makers of the week. The popular “Ladies Lounge” feature was carried over as well–featuring the voices of brilliant women in media. The house band is The Hot Sardines who had helped us beat up the cold NYC late nights previously as well. The response to the new show has been as strong as any work we’ve ever launched – 15 new television affiliates (most in major markets) and an additional number of new Salem Media Group radio markets as well. We stand in teasingly grateful for the supportive team at BizTV, SalemMediaGroup, GCN Radio, and the extended affiliate family we are unable to name here. The new show has expanded the footprint of what was already the most syndicated live weekend radio talk show in production. The staff has expanded from 4 to 7 persons and the feedback we continue to receive confirms this signature product of our portfolio is still a hot performer!

Digital Listenership has also become a high priority for us. Given that every station we are on (for the overwhelming most part) has begun to use digital streaming, given that we are now podcasting every episode of every show, and given that TuneIn, IHeartMedia, iTunes.com, ChristianRadio.com, ConservativeRadio.com, GCNLive.com, all have track of separate streams it is nearly impossible to know exact numbers on who is where. But that’s not to say that we aren’t able to track some, and what we have uncovered is just humbling. On my two primary stations in New York alone, we fluctuate between 200-300k streams per station per week–this includes all doorways into the station–apps, websites, and the aggregators. On the CRN network they report 750k-1,000,000 streams per month. Obviously those numbers are network/station-wide so our portions of them are much smaller. Our podcast archives are seeing dramatic growth. Since the launch of our SoundCloud page we’ve seen an increase year over year since the first month of 5000%. More than 112,000 individual users have or are using the archives at any given time. And our podcasts have been promoted on more than 1400 different web-page urls, and more than 300 individual listening apps. (And none of that includes any numbers for iTunes which Apple does not release.) This also doesn’t account for any viewership live via our television partner “BizTV’s” digital delivery, nor any of our numbers of online viewing each Saturday Night via UStream. 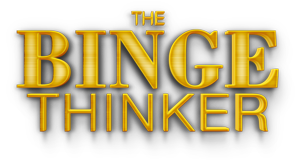 TheBingeThinker.com – The online home of all things written editorial from me went live last year. A couple of exciting developments from its first year online. The first is that dozens of my columns on news or political editorial went viral. The second is that we have launched two additional verticals of editorial and will aggressively be promoting them equally to the op-ed in 2017. “Resource Startegies” focuses on helping readers access the massive brain and knowledge of some of the best people I have access to from every area of life. A food motivated vertical will also look at varieties of food and various subsets of subjects. We are also adding writers for these verticals and if you have interest in joining us we’d b eager to take a look at some of your work. 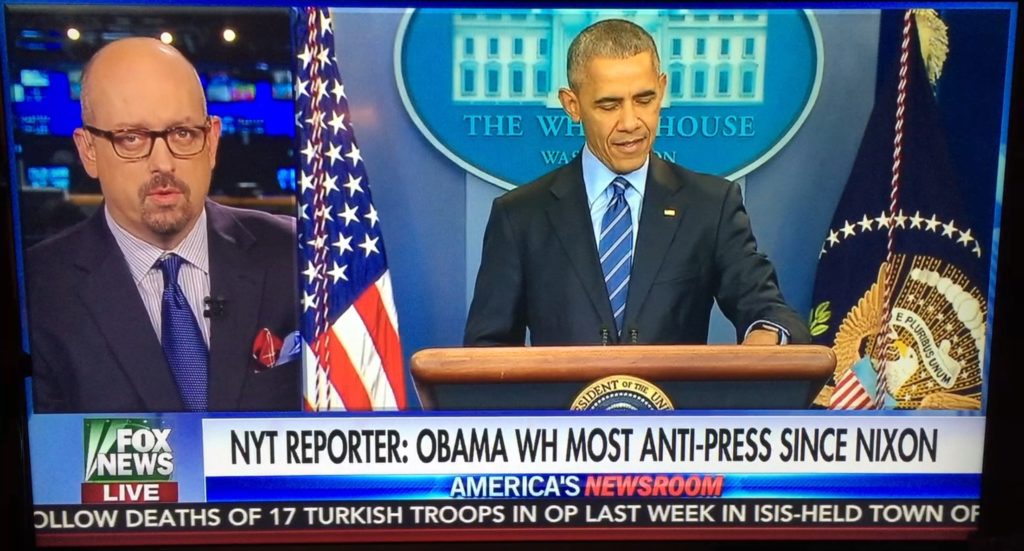 FoxNews — Many have noticed, and a few have asked, “Are you a regular contributor on the FNC now?” To be very clear about imagethe exact parameters of everything: “contributor” is a very tricky word in the hallowed halls at Fox. And though I am now a weekly guest/commentator on the News Channel, I am not yet an official contributor. My name came up in the conversation of those who make those decisions, and we prepared the materials needed for the application process. I will keep you posted as no one would love to be a contributor at the most watched news channel than yours truly. None the less if you perceive that I have been contributing a great deal of commentary to FoxNews mostly on Happening Now weekday mornings, you would be correct. Usually Wednesdays or Thursdays you will find me cheerfully disagreeing with a bevy of center lefties and attempting to get clarity mixed into the equation at every turn.

Final Tally — For now, and we know this number will move soon, but with the new networks, stations, digital users, podcast downloads, and the limited metrics we can see, we are confidant that we have never reached as many people as we are now. Unique radio outlets now being reached number 787+, daily affiliate releases of any single piece of content we produce 1780+, digital universe total reach 900k-1.2m per month, television affiliate households reach 66 million households. Put a different way, there is no day of the week content we are making isn’t being heard or seen.

At the beginning of this new year I want to pause, reflect, and thank YOU for making all of this possible. I also renew my solemn commitment to you to do all of it to the very best of my ability and to the highest quality that can be found in talk radio! With the headlines screaming out for someone to try to make sense of it all, I am eager to man my post and help you–each day–for the coming year–do just that!.

Comment via FacebookComment via Disqus
No He Didn’t
Resource Strategies: Living Best in 2017