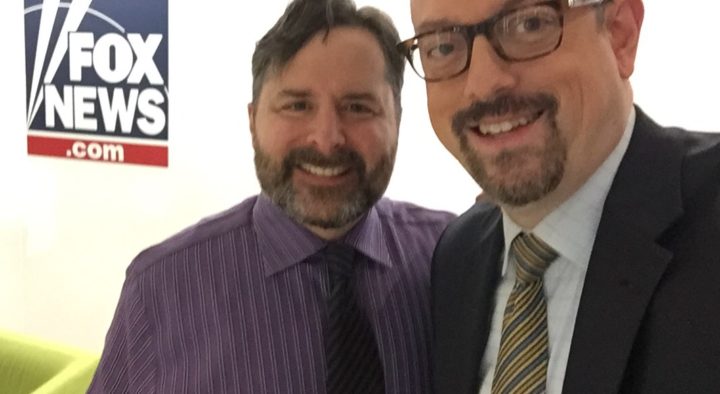 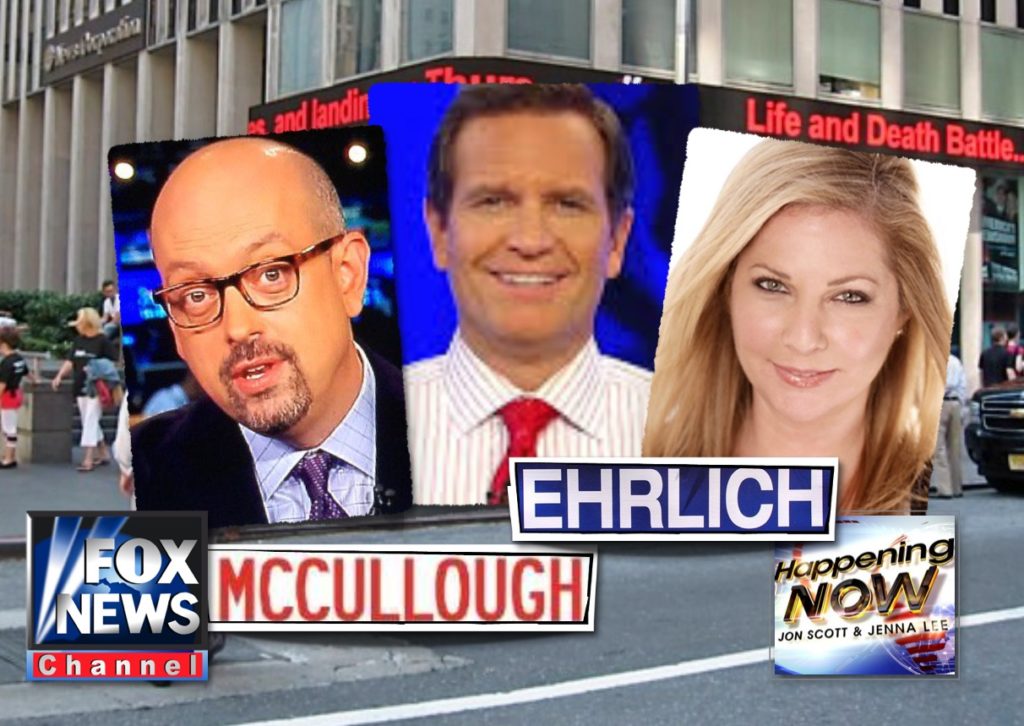 So it’s not every day that I get to do a hit at FoxNews. So the one time per week it rolls around I genuinely want it to be worth the effort. I always study the hit topic, try to come up with cogent preview discussion points, and try to then be as winsome as possible, while equally defending the ideas I am presenting.

Today was crazy even by those minimal standards though.

First off the car service that was scheduled to take me had mixed up their records and had planned to pick me up NEXT Thursday. I got on the phone with my producer and after some quick decision making the options were cancel the appearance of have me drive in, cut it close on time, most likely NOT get my discussion points turned in on time, and hope to get make-up on before the camera would go live.

As I got on the road I noticed that actually trusting my GPS was a good thing because I was able to arrive–taking a route I had NEVER taken before–forty-five minutes before my hit. I got into make-up right away and had Lady Adele work on me. We talked about how her name sake had really cleaned up at the Grammys. And we both agreed it was really stupid for Adele to apologize to Beyonce’ for beating her out of the two biggest awards of the night. Beyonce’ may be the #QueenB but #AdeleIsTheBoss. 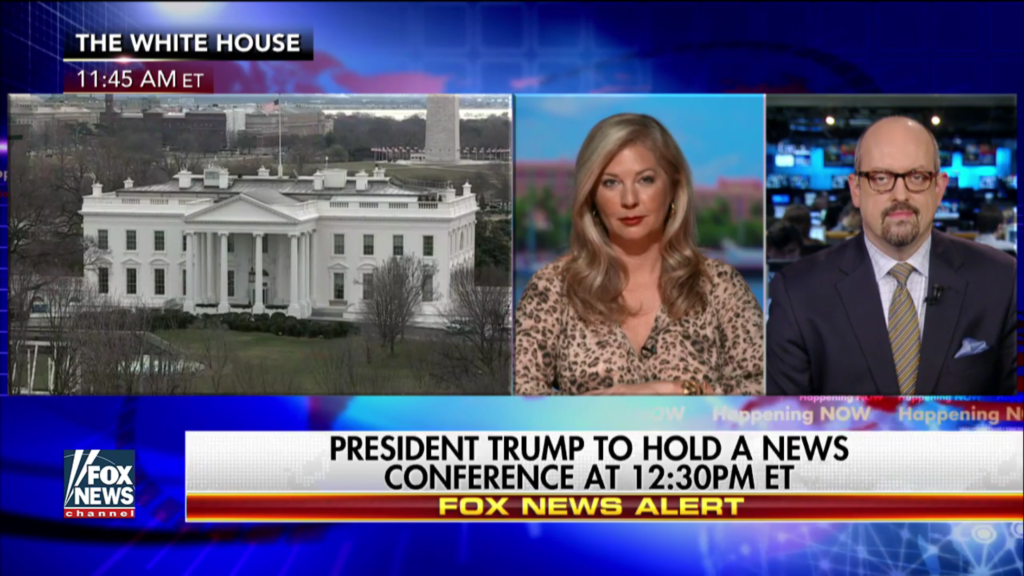 The producers got me situated for my hit and then the live program went to a press conference from Speaker Ryan. (And if you’ve known HOW MANY hits I’ve had canceled in the past because politicians were holding press conferences… but I digress.)

Sure enough, they come right out of the presser and into the story… Here’s how Jon Scott set it up:

As soon as I finished I bolted back to the green room to pick up my gear. On my way to the escalator “Mr. Daytime” himself – Bill Hemmer says to me from across the hallway, “Hey great job just now! See you soon.”

Once back to the green room I prepared my coats and things to leave and the 14th floor texted me and asks if I can come do a feature for FoxNews.com to discuss Trump’s media habits. 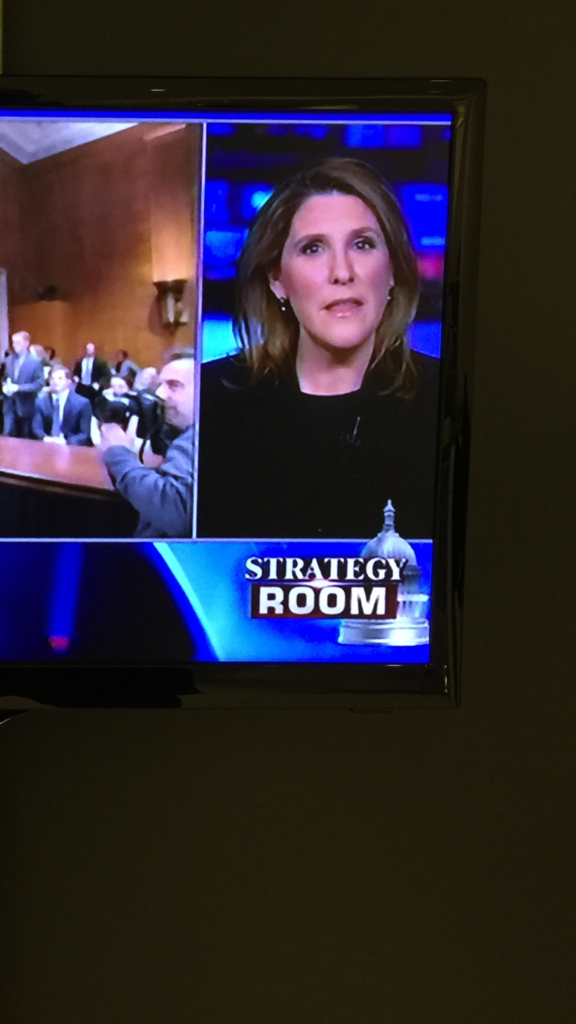 Once up there, I look at the monitor, and what to my wondering eye should appear, but my Friday contributor… doing her hit from Washington DC (Charmaine Yoest, Senior Fellow at American Values.)

We text each other to learn that while she had been setting up to do her hit, she had seen my pop on the main channel. 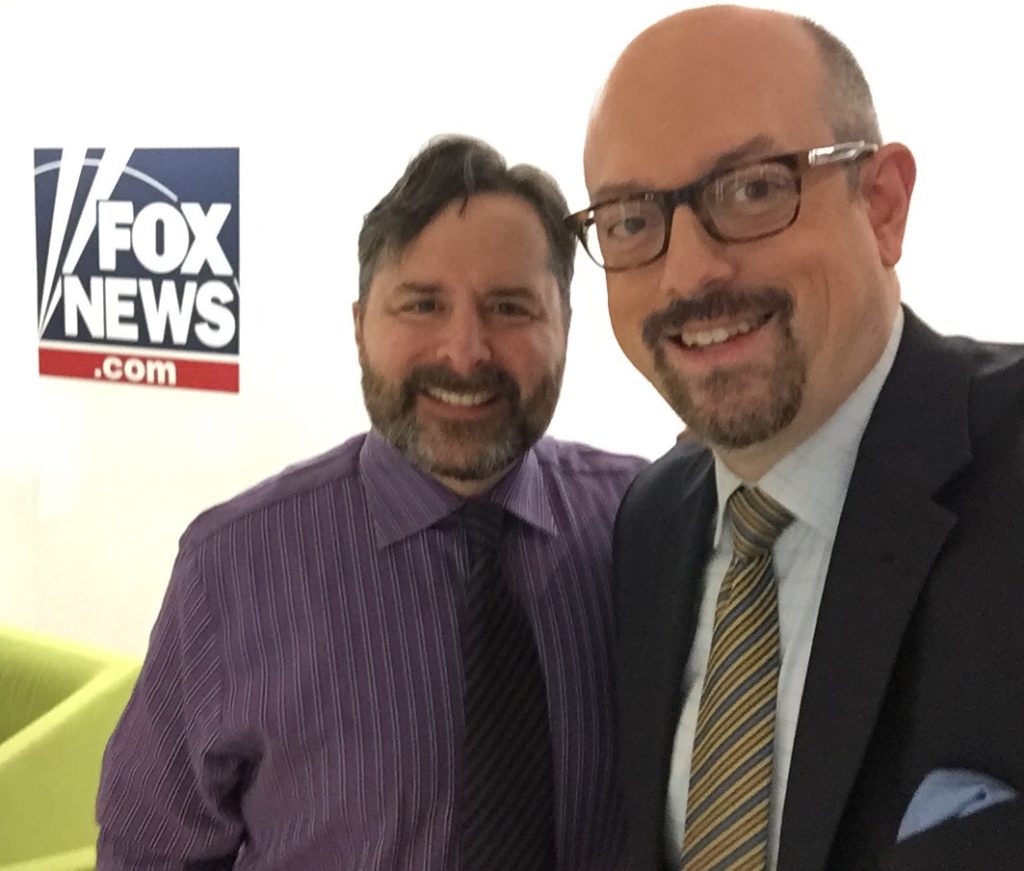 Then out of the blue Greg Wilson calls to me as he enters the waiting area, “You’re Kevin McCullough… you know… I used to listen to Hannity, but I find myself listening to you much more every night.” (*****DAY MADE****) 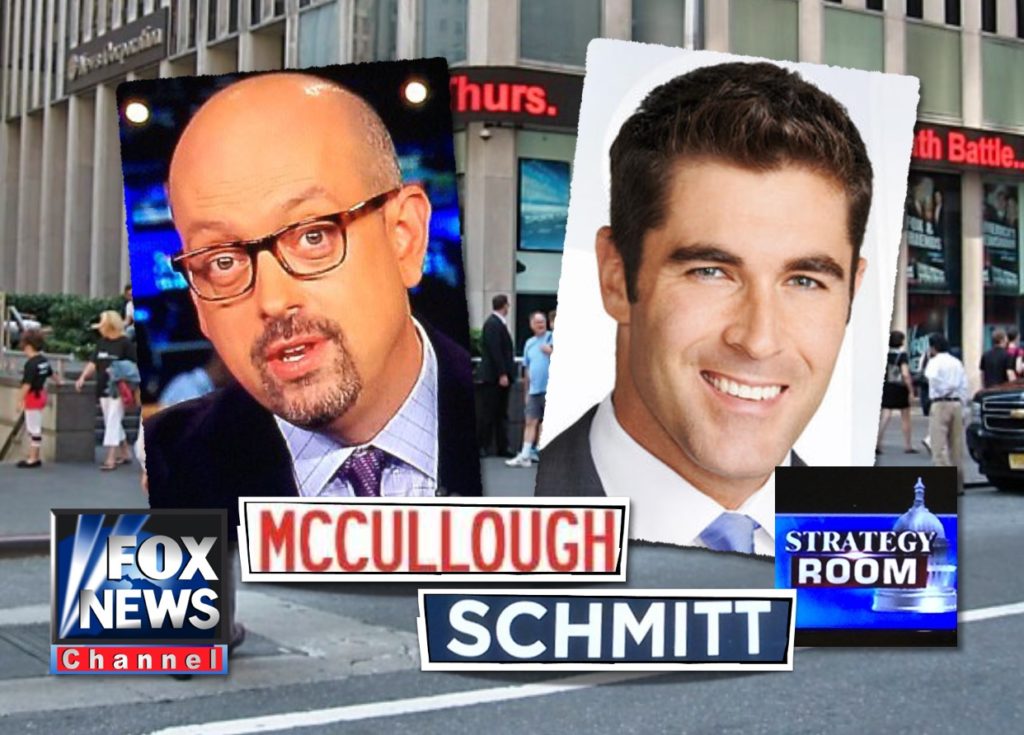 Then I had the chance to do my second hit, this time with Rob Schmitt:

Molly Dodd, Kevin Casey, and Lauren Schneider said “hi” in various cameos that bridged my FoxNews past with my day today. 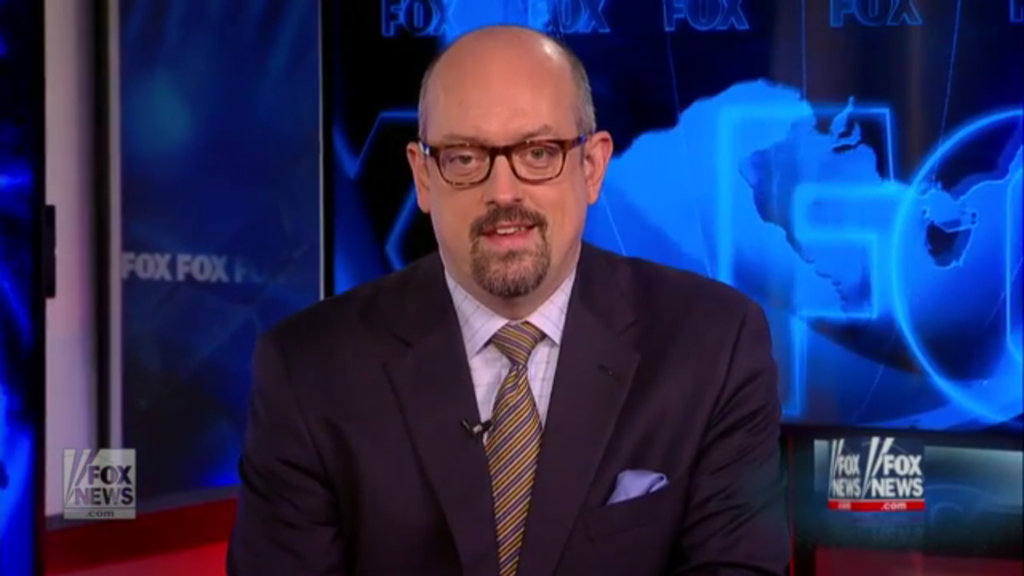 Only to be topped off with a text from the producers of Happening Now saying that Jon Scott, the executive producer, and the ratings seemed to indicate that Ms. Jessica Ehrlich and yours truly scored very high (and might have to look at pairing us up as a “regular.”)

Long story short it was some of the most consecutive fun I’d had at the big building on 6th Ave in a long time.

Comment via FacebookComment via Disqus
LOSING OUR COLLECTIVE MINDS… over nothing!
Why Trump Wars