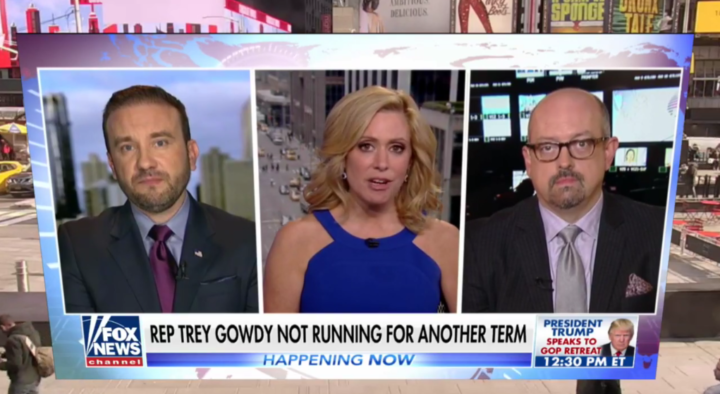 This is the original “debate” with Robin Biro in which as a Democratic “strategist” he goes bush-league on Congressman Trey Gowdy and even slightly on me. It’s this kind of smear merchant currency that honorable people get tired of. Washington DC is filled with people that do this 24/7 and it wears down the honorable who simply want to make America better.

Following that appearance, Congressman Gowdy called me out of the blue. He agreed to come on my radio show even though his staff is declining more than 97% of most media requests at this time. Here is the extended, unedited conversation.

Thankful to have been able to supply beneficial conversation to the larger discussion. Congressman Gowdy is a GOOD man, and the Congress will be quite the lesser for his absence!

Comment via FacebookComment via Disqus
Trump WILL BUILD the WALL!
A Tale Of Two Leaders