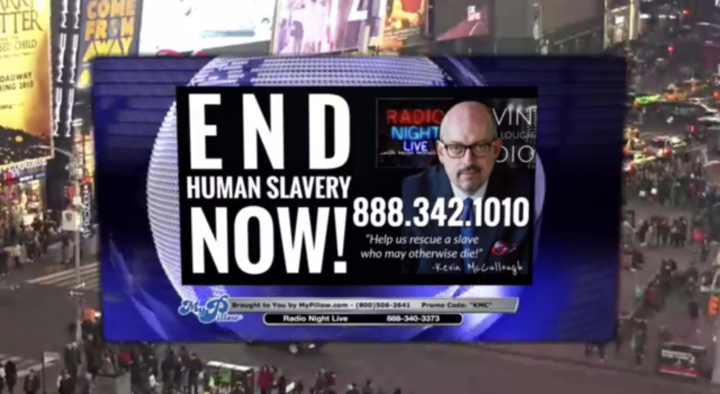 It wasn’t that long ago that I remembered wondering what it would in fact be like to see my fiftieth birthday.

When you’re just a kid you think about things like that.

But starting a bit over a year ago I suddenly panicked and wondered if I could get everything done that I had always hoped I would before fifty.

Today I turn 48. I’m still a baby or so I am told by people older than me. I lost 30lbs three years ago and now have been working with a trainer to try to keep the machine working as best it can. I’ve even taken to eating salad the majority of times I now have lunch out. I can still physically play with my quite young kids and in general I may be in some of the best health I’ve ever had.

But the nagging still pulls at me…

I want to use my time here to make a difference. Beyond arguing on twitter or debating on-air, I want to tangibly be part of something that makes a real difference.

For Christmas in 2017 my family, listeners, advertisers and networks pulled together to attempt to rescue 48 slaves in the hands of jihadist Islamists in northern Sudan and see them safely liberated and reunited with their Christian families in South Sudan.

When everyone worked together we failed to hit the target. Sometimes that happens…

They were freed in the early part of February and have since gone through the process of preparing to enter life in South Sudan vis-a-vie the Christian Solidarity International liberation camp where they receive medical attention, nutrition, and an entire resource package that includes literally everything they need to face their first year in liberation and freedom!

The cost for the liberation process is a $50 cattle vaccine that the slave owner needs for his cattle. The resource kit is a value that is worth well more than $1000 but due to CSI’s incredible partners we can supply for roughly $200.

All in it costs $250 to liberate one slave—for life.

We have been made aware that there are another 82 slaves—some of which are mothers and daughters—where the underground railroad has identified and already negotiated release in exchange for the cattle vaccine. If we can supply the welcome kits and the vaccine these women (many of whom were forced to undergo female genital mutilation when first taken into slavery—peeformed with the lid of a can) will be reunited with families in South Sudan by somewhere around late May.

So we need to act quickly.

If you are so inclined I would consider it the greatest birthday I’d ever experienced if we liberated as many of these 82 souls as we could – $250 is all it takes.

My family and I are in for four. Would you join us by matching one of those four?

And in doing so allow my celebratory day to become about helping those who literally gave zero means of helping themselves?

It would make it the happiest birthday I’d ever had!

You can make your gift by giving here.

We we’re fortunate enough to get to have Pastor Heidi McGinness back with us last night to hear the stories of several of the slaves we helped last time.

You can listen here:

Comment via FacebookComment via Disqus
A Tale Of Two Leaders
One Week at Camp…Changes You!