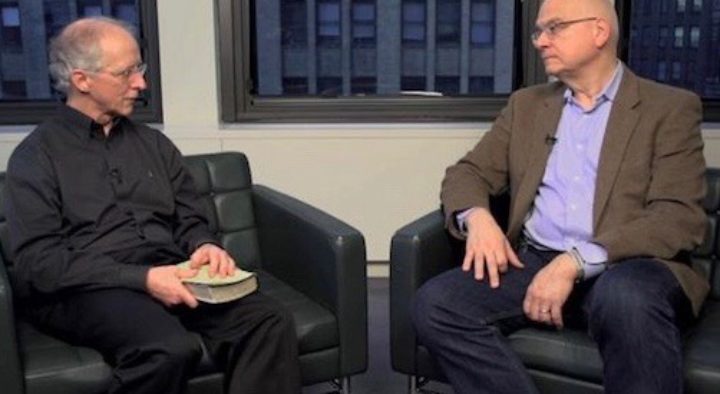 Tim Keller, the long esteemed theologian and pastor in NYC not long ago began demanding that the church make room for progressive politics.

He is correct, in a sense that there is no chapter and verse that says, “you must vote pro-life.” But no serious student of scripture argues that they way to best reduce the killing of innocent children is to exalt, vote for, and campaign for those who have promised to *expand* the practice if elected.

Christians firmly believe that if we take the wisdom of God, as revealed in the scriptures, in its totality we can and will come to fairly strong certainty on the “Godly” approach to not merely abortion, but every issue of our lives.

It’s why the scriptures have been given to us.

Now, another esteemed teacher of scripture (amongst evangelicals) is weighing in with similar vageries about why he can’t make a distinction in the voting booth between the two candidates this year.

Piper makes a definitive distinction from Keller in that Piper claims clearly that this is his own personal quandary and he does not put his criteria on other people to struggle with. Keller took the exact opposite approach–commanding the church to accept fuzzy thinking and lack of clarity, instead of seeking the total wisdom of scripture.

But Piper does have a logic/rational problem. His entire argument is based on the comparison of personal sin (immorality, vulgarity & arrogance) as being equally destructive as public sin (abortion, sexual anarchy, etc.)

And on a personal level they may be.

But they are woefully different when it comes to the impact on innocent lives beyond one’s own.

They also ring a bit hollow.

Does Piper think that Joe Biden is a blank slate on immorality? Does he believe any man is? Scripture says to “look” and “lust” is to commit adultery. By that standard no man alive, not Piper, not Keller, not me is innocent.

Does Piper think that Joe Biden is not vulgar? The day President Obama signed the Affordable Care Act into law, Joe Biden whispered in his ear (but on an open mic) and said, “This is a big f–king deal.”

Does Piper think that Joe Biden is free of arrogance? “Oh shut up man!”

Likewise Trump has been pro-choice earlier in his life. Has he said and done sexually immoral things? Perhaps. Has he done them recently and specifically during his time serving the nation? If he had–Christian voters would be the first to call them out.

This isn’t a tough equation. There are different standards in the effects of these sins. To pretend otherwise is one’s prerogative. Thankfully Piper says his choice in doing so is for him alone to wrestle with. Keller has been more authoritarian in his view by saying the church must see these things in this light.

And if you’re wondering if the Biblical mandate is on their side… It isn’t.

So follow scripture to the best of your ability and understanding. All of it.

He will illuminate your path, and you’ll have a clear conscience–with clarity!


Comment via FacebookComment via Disqus
Democrats: “We don’t deserve power…”
A word about the coming victory…