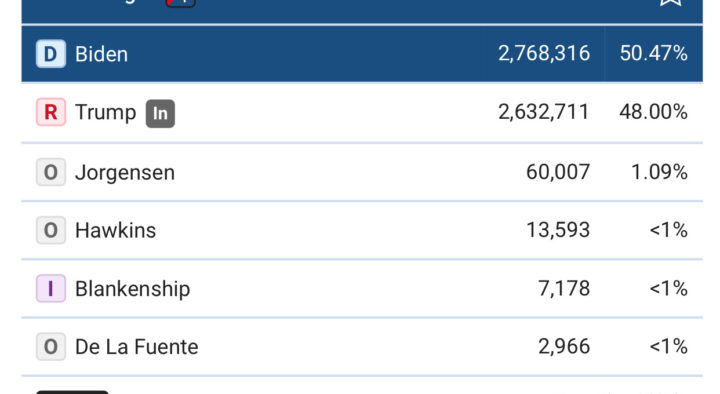 What follows below is the first hand account of a credentialed poll challenger, trained via the “Election Integrity Fund.” He has agreed to be publicly interviewed. We are planning on booking him after sunrise this morning to appear on my show today. He comes to me via a close lifelong family friend. This is a summary of what he will likely share on my show, and we will make the podcast immediately available. I believe this testimony as shared below is actionable evidence for litigation against the Michigan Board of Elections or whatever equivalent office they may have in that state.  Feel free to repost, distribute, quote, copy and use as far and as wide as you’d prefer. I’ve been extended the permission to do so. This person will be on the record as of today, and I pray this will help us resolve the Election 2020 fiasco as quickly as possible. The following are his direct words, script, and first hand account:

Election Maelstrom and Outrage in Detroit:
Free and fair elections with genuine transparency and accountability are essential to sustaining our democracy. We should all want to know — how is the actual transport, security, reception, counting, accounting, authentication, adjudication and tabulation process conducted? What happens when the chain of custody for ballots is fraudulently compromised?

I voted in person early in the morning on Election Day when the polls opened in my home precinct in Owosso, Michigan. Long lines before 7AM. Very smooth, very quick. Then I immediateley drove to Cobo Arena in downtown Detroit to watch things unfold on the election counting floor in person.

Two weeks ago I completed two hours of training through the Election Integrity Fund to become a credentialed poll challenger. I have been in conversation with others regarding the nature of election fraud, and suppression, and its various characteristics. I admit, and deeply regret, that perhaps like many or most people I have taken the integrity of our election process for granted. I thought it was high time to witness the process personally.

Arriving on the counting floor (approximately 100,000+ square feet?) inside Cobo Arena and convention center I signed in and witnessed what appeared to be a well ordered and comprehensive ballot accounting system. That is, until I started asking questions and watching closely.

Spread out across the massive floor space at Cobo Arena are 134 counting boards (picture an assemblage of 5 processors at 6 tables arranged in a rectangular arrangement) representing 503 precincts with about 930 poll workers paid by the Wayne County Election Board. Their original pay was $250 per day but I’m told a Zuckerberg-funded foundation upped the pay to $600 per day, including substitute poll workers who watched television in a large holding area on the second floor. Table supervisors were paid $700 a day. The Department of Elections hired and trained 99% Democrats and 1% local Republicans.

Poll challengers thus have a massive floor area and simultaneous processes to inspect and cover constantly. Typically, one Republican one Democrat assigned assigned to each precinct counting board table. Republicans here are outnumbered by at least a 10 to 1 ratio and the hired poll workers themselves are virtually all Dems as noted. It appeared to me that most of these people are simply trying to do a good job and get paid. But not all. The process lends itself to the legerdemain of a shell game.

The electronic tabulation machines here are new ($25K each, about the size of an inkjet printer) and manufactured by Dominion (look ‘em up). They have been malfunctioning. We witnessed it. they were also jammed repeatedly necessitating repeated reruns of ballots. But the ballots were easily recounted multiple times if the simple reset button was ignored. And it was, and that may have been unintentional but in our viewing no one was there to cover every single set of tabulation scans. So, for example, in processing sets of 50 ballots at a time, if even one snagged in the machine it required re-running the other 49 ballots separately. This happened repeatedly.

There is only one IT specialist here, a partisan Democrat who was both elusive and refused to answer questions.

When ballot counting is busy the room is noisy. It’s also intense and testy at times. Police officers at every entrance. People wandering between the tables, poll challengers watching, the news media observing from their allocated space at the far end of the room.

Poll workers, supervisors, observers, and challengers are legally disallowed from wearing any attire to indicate political affiliations and yet there were workers openly attired in Black Lives Matter shirts. The election department officials were indifferent. Union members also went unchallenged for their political attire.

Many issues, problems, and unanswered questions in the processes here. Tensions mounting. Some of the poll workers became physically aggressive with verbal bullying. Later, I witnessed poll challengers being blocked from viewing tabulations we’re told to step back 6 feet from the ballots. Impossible to read from that distance so many poll challengers brought short-distance binoculars like opera glasses.

The Democrats far outnumbered Republicans here and had fresh poll challengers coming at regular intervals. I witnessed several congenial adjudication interactions as well as some that were contentious. Multiple boxes of ballots were still waiting while up to 56 tables of counting boards were inactive.

Meanwhile, there are major data transfer and chain of custody concerns — ignored and unanswered by Christopher Thomas, appointed by current Secretary of State Jocelyn Benson.

The major news networks have camera crews here. I talked yesterday to the lead reporter for CNN and he had no interest in discussing any actual facts or details on the problems or real issues but one of his colleagues later interviewed me. Entirely superficial and probably already a

At 3:45AM the Wayne County Department of Elections delivered 38,000 ballots with unknown provenance. When challenged even by the head of the Wayne County Board of Canvassers they refused to disclose point of origin. Ballots harvested after 8 PM are illegal. Michigan Election Law is clear. There is a joint witness requirement for the adjudication of any contested ballots. It is being completely ignored.

There are huge chain of custody issues in this process. Earlier, hours went by on the ballot accounting floor where there were virtually no ballots being processed at all. Then they were suddenly swarmed with ballots in the middle of the night when they were the least number of challengers on the accounting floor.

Challengers were originally told the Dominion tabulation system computer was protected by firewall, yet it was occasionally showing a system compromise warning. We were told by the department of elections supervisor that it was autonomous and not connected to the Internet and not subject to hacking or compromise. An independent system test by a challenger found out that was not true either.

Late this afternoon, although they were not keeping accurate records of the number of the poll challengers and observers on or off the floor, Republican and independent poll challengers were disallowed from entering the floor at the most critical time in the tabulation process before the news media was seeking numbers to make a predictive projection and have a presumed presidential winner in Michigan. Observers and poll challengers already on the floor contested these assertions and as I was there, I agree with their concerns and protest. Wayne County Department of Elections officials even went so far as to place cardboard on the windows preventing observers and challengers from seeing the counting floor from outside. It was outrageous, and one of many acts of obfuscation and contempt.

It’s a real maelstrom of contention and contempt here at Cobo Arena. It has been eye-opening. And shocking. It can be reasonably argued that we have been witnessing the theft of this election by gross negligence, systemic design, and constitutional contempt. American citizens, whatever their political persuasion deserve to know the facts.

Comment via FacebookComment via Disqus
What I think will happen…
The Navarro Report: The Immaculate Deception