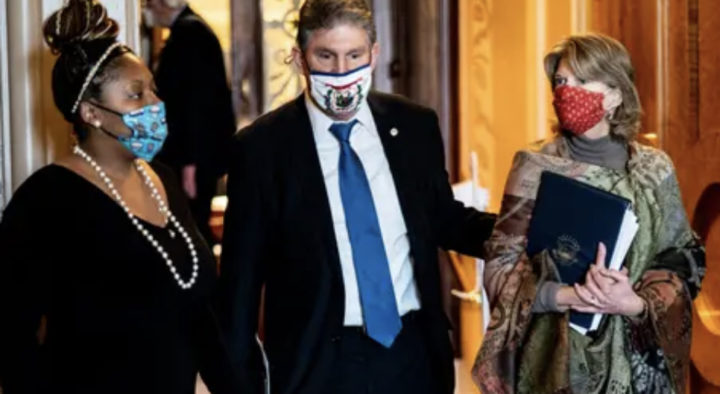 West Virginia Senator Joe Manchin, in an interview with the NYTimes, indicated a willingness to do something he had campaigned against in 2020–reform the Senate filibuster.

It should be pointed out that it was former Nevada Senator Harry Reid who eliminated the filibuster for executive branch nominees, only to have his party then whimper and complain years later when the same nuclear option was applied by Senate Republicans to place Justice Neil Gorsuch on the Supreme Court.

Manchin is “willing” to “look at” possible reforms, while claiming he’s entirely interested in preserving the parliamentary tool. One such possibility: making members stand and talk for the duration of the filibuster.

The bottom line is the moderate Democrat has signaled a willingness to advance Democrat only legislation—and to change to rules to do so. His “principled stand” is really no longer in question.

It appears all that’s left to discuss is the price.

Comment via FacebookComment via Disqus
Is Biden to Harris transition underway?
BIDEN: Let’s fire the EEOC chair because she’s too Constitutional