So Gretchen Carlson invited me to discuss the Trump outreach to Evangelicals alongside Dr. Robert Jeffress.

He was an early endorser of Mr. Trump.

My assessment wasn’t as rosy as his, but I’m sure to labeled as a black list, heretic, sell out, for daring to state both the truth and the obvious: (click the image to watch) 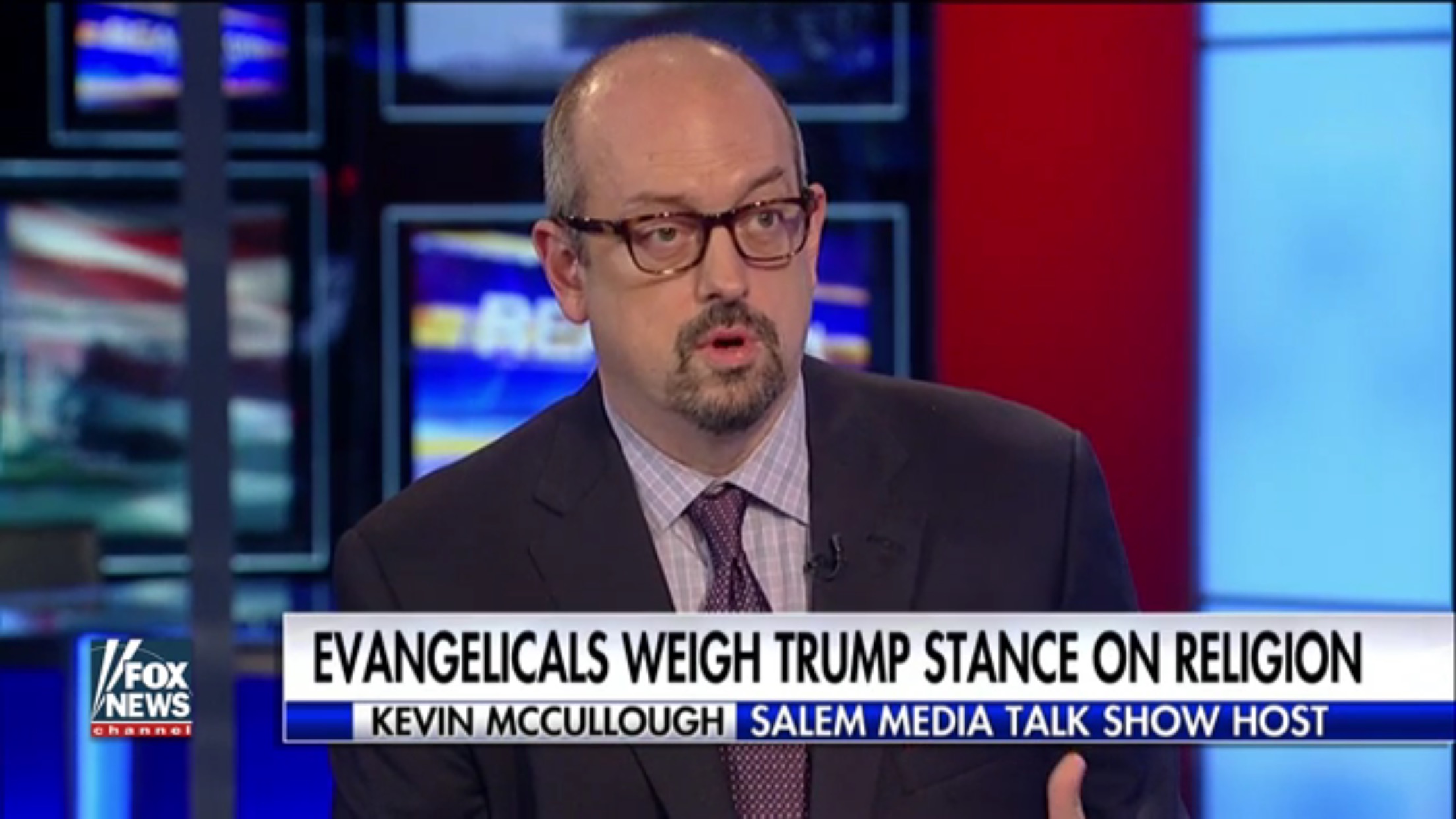 Why are 32% of the Evangelicals who are voting supporting Donald Trump in the primary season this year?

Kevin? What? How can you say only 32% of Evangelicals are supporting the Trumpster?

Because that’s the way it is.

And since Marco Rubio is losing Florida to Trump he should drop out and make this a true two man race.

But all that aside, my friend and fellow broadcast colleague at Salem Media Group – Steve Deace penned a superb analysis for actual evangelicals and their supposed support for the Trump, what it means, and why it is important.

We get into a lot of other items as well. And I want every one of you to buy his new book A NEFARIOUS PLOT.

But here’s a preview, and some pretty “yuggggggge” Binge Thinking for tonight: