It seems too hard to believe that such could happen. But it has, and it demonstrates a valuable lesson. When you cross conservatives, they disagree, but they don’t wish you dead.

Turn the clock back a bit–last year Chuck Schumer came to the difficult reality that if he backed the President’s Iran deal that he would have major accountability awaiting him from many of his constituents in New York. It just seems somewhat prudent for a Senator that represents New York City not vote in favor of arming Israel’s arch-enemies with nukes that they have already promised to use to help eradicate Israel from the planet.

So when he voted against the deal it appears that was enough of agitation for the White House to now take a pound of flesh from him.

“At some point, Senator Schumer’s credibility in talking about national security issues, particularly when the facts are as they are when it relates to homeland security, have to be affected by the position that he’s taken on other issues,” Mr. Earnest said. “Senator Schumer is somebody that came out and opposed the international agreement to prevent Iran from obtaining a nuclear weapon. He was wrong about that position,” Mr. Earnest added, “and when people look at the facts here when it comes to funding for homeland security, they’ll recognize that he’s wrong this time, too.”

There it is, in the New York Times–the progressive’s favorite news outlet–quoting the progressive White House–more or less admitting *payback* for Schumer not voting “properly.”

This White House has a genuine disdain for people that not only believe that real terror can still touch us, but that we actually need to be aware of the circumstances that might create the opportunity.

And robbing New York City of the funds needed to have adequate detection of toxins, chemicals, radiation, and other ingredients in weapons that may some time be used against our city is criminal.

I chatted all about it with lovely ladies of Thursdays for me — Martha MacCallum and Marjorie Clifton:

Obama Payback Against NYC for Iran!Hell hath no fury like a progressive scorned… Even if it kills his own people!

I was somewhat confidant that when I walked out of the studios at FoxNews this morning it had the possibility of being… For good.

The segment we were scheduled to discuss had to do with what the President has been droning on about this week.

In an odd and sudden push to become a “champion” of this mysterious thing called “religious liberty” the President yesterday spoke to Muslims about how Americans have been “mean” to them, and today at the National Prayer Breakfast he spoke to Christians and chided them to stop being “mean” to Muslims.

We–myself and the adorable Marjorie Clifton–were asked to comment on the significance of the President visiting the Islamic Society of Baltimore. A Mosque who had such terror connected ties in its past that the FBI has kept it under surveillance and a past cleric had been active in the raising of money for terror groups and he himself had ties directly to the Muslim Brotherhood.

But my argument is simple.

Faiths can’t ever become what President Obama wants them to become because they are not what he believes they are, and they have no interest in changing to become what he wishes.

Militant Islam spits on President Obama and sees him as a “useful idiot” in the accomplishing of their caliphate or fatwa.

The Muslims he cites constantly as peaceful are what the more strict clerics in Islam would call “backsliders.”

The Christians he wishes would exist would not believe in the exclusive claims of Christ.

The road he wishes we ALL would take leads to an eternity of peace and well wishes, that to be candid we all wish existed, but to be truthful we all know doesn’t.

Not all faiths are the same. They are not even equal in the morality of their merits, and we would be foolish to believe that we can will it to be.

My radio audience got a big fat dose of this today as well:

Donald Trump’s Instagram video ad kept the issue alive a bit longer. But when Bill and Hillary begin to avoid the questions that press and others begin asking, it’s naturally going to produce MORE interest.

They may not like it, but it’s going to happen.

The question is raised, “Is it fair?”

(FULL DISCLOSURE: I was the male voice in a discussion about the treatment of women, as it relates to a female candidate, booked by a female producer, as it is being hosted by a woman, and whose counter point foil is also a woman. In essence it’s dicey waters to wade in to. Wanting to respond with common sense, sensitivity, but as always TRUTH… So how’d I do?) 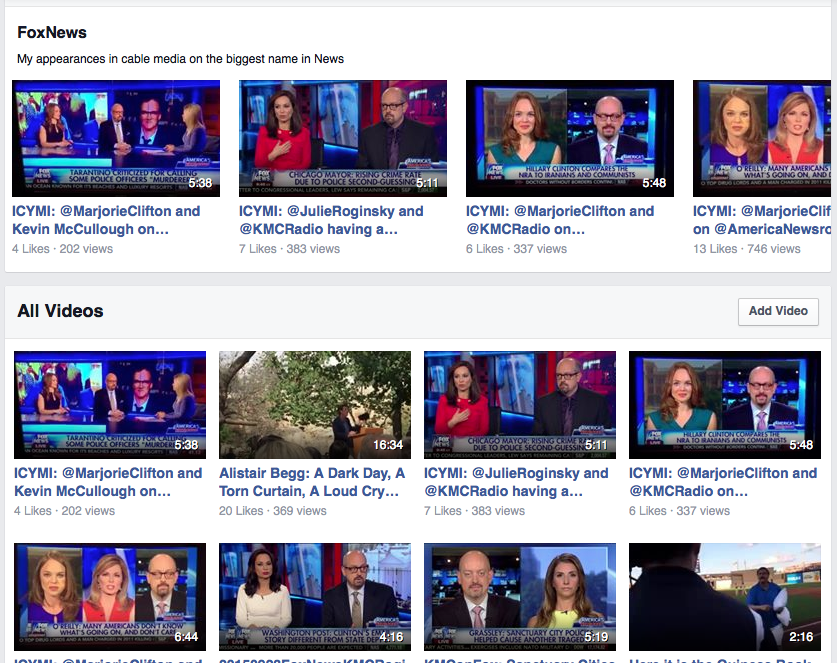